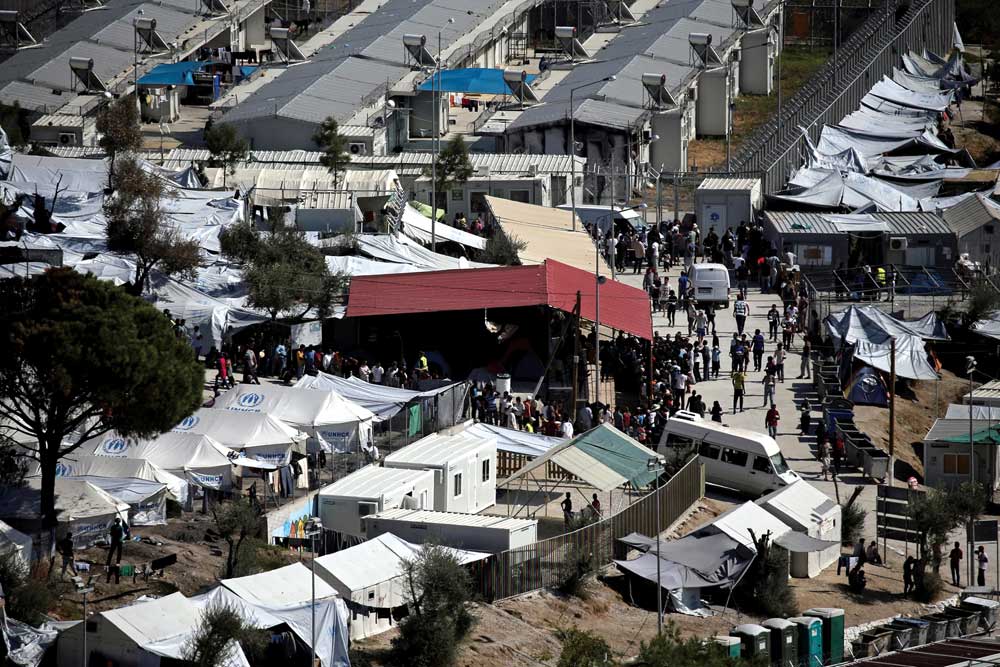 It’s 10:30 am. We hear the sound of an engine. A bus has just pulled up, filled with men, women, children, infants, adolescents and the elderly, people who have just dodged threats of hypothermia and drowning. They have crossed the 4.1 miles to Greece in inflatable dinghies loaded well beyond capacity, hugging lifejackets that only look like lifejackets. Smugglers fill these vests with cardboard and scraps of clothing. Some people are staring into space and some are crying; others are just grateful to finally be at camp Moria. But often, that gratitude turns to despair. The camp, designed as a short-term processing center for 3,000 “persons of concern,” has become a humanitarian disaster for the over 8,000 who find themselves trapped there in their trauma, with no clear options for their future.

Most days I am asked the same questions. “Why do you do this?” “You don’t get paid, do you?” I tell them: “I’ve been given so much and the Bible tells us that to whom much is given, much will be required. I’m happy to give my time and come here to help people like you.”

The stories of bravery and courage I heard have impacted me and changed the way that I see the world. No matter how far we are from the crisis, we can engage with it and dig deep, reflecting on the ways we can resist it, so that refugees can receive the life of dignity they deserve.

It was not until my first night, upon arriving back home that I finally cried. I cried for all the parents who would ask me and my team if they were ever going to find a safe place for their children, if they were ever going to leave the camp. I cried for the Gambian woman who watched her husband, siblings and parents get brutally murdered. She wonders why she survived and the rest of her family didn’t. Saying “I’m sorry” didn’t seem good enough. As I sat in silence beside her, I heard myself telling her that Jesus was with her that day that her family got murdered, that he was weeping with her as she wept. She asked, “Do you believe this?” and I responded “Yes, I do.” Later she told me that it brought her peace knowing Jesus was with her that day.

I cried for the children who are desperate for love. I remembered the little girl on my first day at camp who broke into a sprint upon seeing me. She locked eyes with me, opened her arms, and leapt up to hug me as she neared. I caught her mid-leap, and felt her press her heart to my chest and lay her head on my shoulder. “Hello,” she said. “Hello,” I said. She held onto me like she was never going to let go. “I am your friend,” she said. I smiled, “Yes you are.” She held my hand and walked with me for another minute, then ran back into the sea of tents.

Jesus was willing to sit with people in the middle of their need. He wept with them. He gave them living water from a well that wouldn’t run dry. Though I still hold many questions, I know that God’s love flowing through us always bears fruit. Yesterday I found out that since our team left Greece, forty people have accepted Christ.

Pray: Ask God to meet the immense needs of refugees by calling workers into this painful context as the hands and feet of Jesus, for supplies to winterize the camp, and for resettlement openings.
Go: Serve on the next E3 team to Lesvos, August 24-Sept. 14, 2019.