A World United Under God’s Love

Itzel Sanchez is the daughter of VMMissions church planters, Armando and Veronica Sanchez. A graduate of Bridgewater College, she lives in Harrisonburg, Va., and works as a surgical assistant. She was a participant in two E3 Collectives, in Greece and in Jordan. 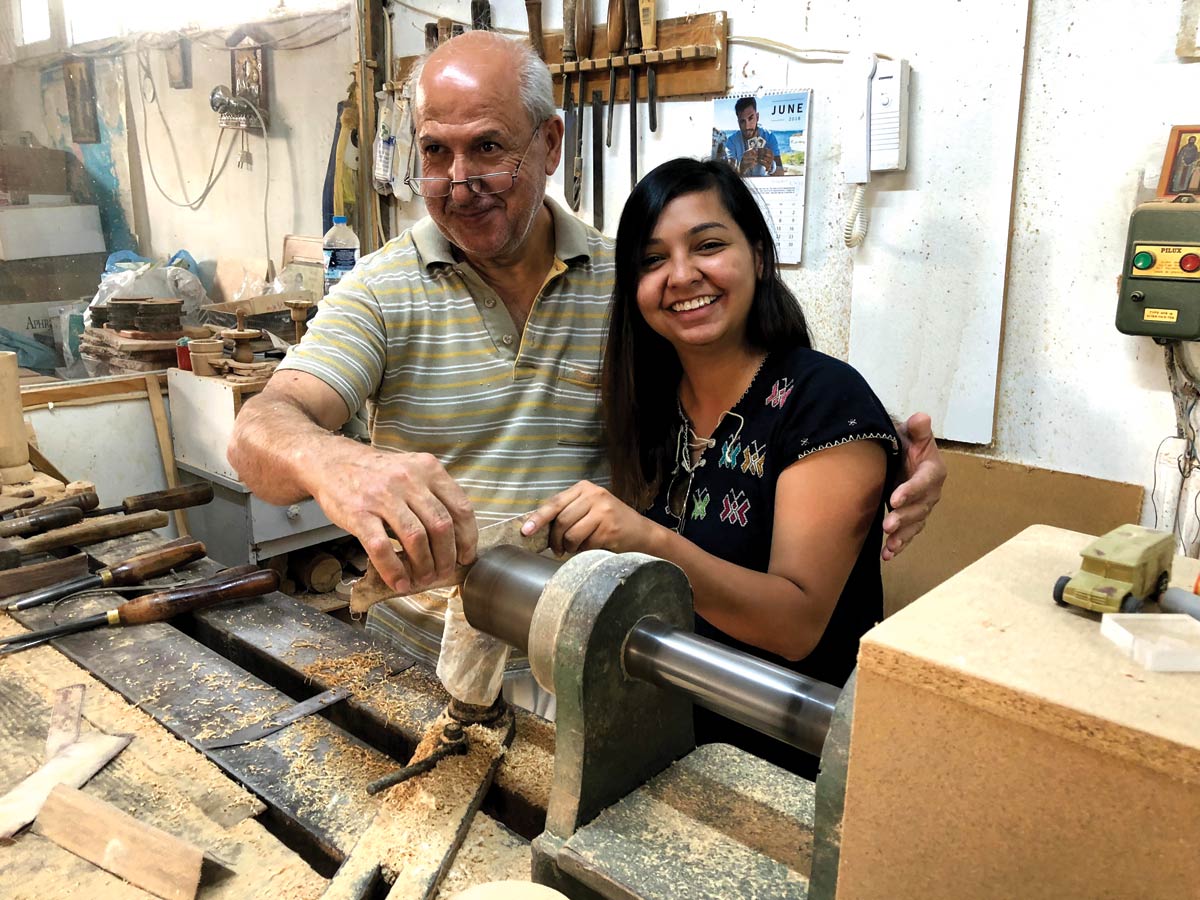 Where are you from?” This is a typical question you might ask when getting to know someone, one that would usually be simple to answer. In my younger years, my answer was a simple, “Well, I am from Harrisonburg.”

That was typically followed by, “No, but where is your family originally from?” So, I would respond, “Oh well, we are from Mexico.” The conversation would then proceed to identify whether I was born here or there and how I had “no English accent” like others who are not born in the US. As I grew older, I really had to ponder how I identified myself.

I was born in Mexico, but, at the age of two, I was brought to the United States as my parents pursued the American dream. Initially, my parents came with the little they had; I stayed with my grandmother until my parents were well established and I could be reunited with them. I first learned English in school, attending ESL in preschool and kindergarten. As a family, there were other things that we were learning.

God was at work within my family. My mother became acquainted with a Mennonite lady during her pregnancy with my younger brother. They remained connected after he was born, and she began introducing my parents to the gospel. At the trailer park where we lived a neighboring family began taking my brother and me to Sunday school. My mother eventually started attending services and accepted Christ. My father would attend services from time to time but still had other priorities. God had a very unique way of calling his attention to ministry, and since then he has not turned back.

As the years went by, my parents grew stronger in faith and eventually became pastors of Enciende Una Luz. Fast forward a few years in ministry, through Mennonite Hispanic Initiative and VMMissions, my parents have planted the Shalom congregation in Waynesboro. Throughout this time, I have been highly active with the worship ministry and the youth ministry—two other passions of mine.

For most of my teenage years, I identified as being Mexican and did not claim to have anything to do with being American. We spoke only Spanish at home, we ate Mexican food, and we still practiced our Mexican traditions. I celebrated my quinceañera and still celebrate holidays such as Navidad on December 24 and El Dia de los Reyes along with the American ones. As I grew older and went to college, I realized that I identified as Mexican-American. So now, when people ask me where I am from, I reply, “I was born in Mexico, but I was raised right here in Virginia.”

I have had the blessing of serving on a few mission trips and have also assisted in after-school tutoring. I realize now that the fire to serve others was sparked as others invested in me and my community. God had not only placed a church behind our trailer park; he had also put it in the hearts of his followers to reach out to our Hispanic community. They developed an after-school program three days a week in which we were assisted with our homework and also taught the gospel. As I now tutor other children, I remember that I was once a child with the same struggles, and yet with God’s guidance and a lot of hard work, I was able to earn my master’s degree in Intercultural Services in Healthcare.

I strive to see others as God sees us—as one body of Christ, as being equal. To love others as he has loved us regardless of ethnic background, social status, or what language we speak. God’s love and grace have further shaped my identity as his child. I will never forget the chills I experienced on a mission trip as we worshipped together on a Sunday morning—people from different backgrounds, different languages, all singing for the same purpose. It was as if heaven had manifested itself for that moment. That is the world I strive to live in. A world united. A world that represents God’s love.