Richard and Elsie Bowman served with Partners in Mission at Lezhe Academic Center and as a bridge to the local Mennonite church, living the Gospel incarnationally in the city of Lezhë, Albania. 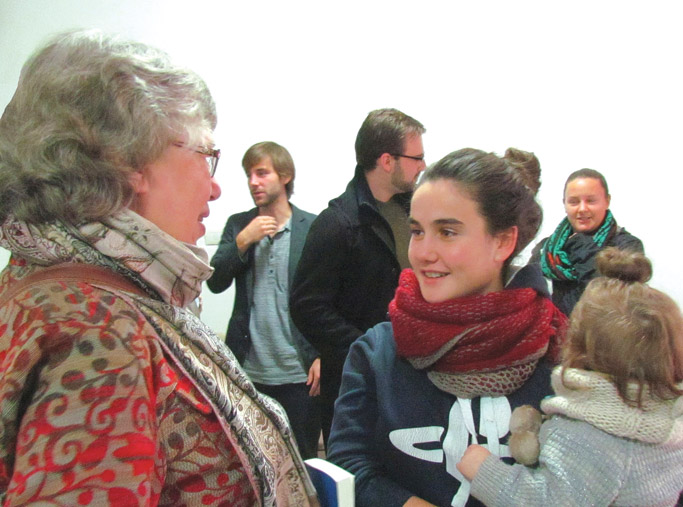 As I consider some of the scenes from our living in Lezhë, Albania, I hope our lives are showing the Good News from God.

Some time ago I walked with my tea mug from the teachers’ room to the sink in the main eating area at Lezha Academic Center, one of the women staff members came scurrying up to me and said I should not be washing my own cup. So with my usual bent to tweak the system (or persons) around me, I asked, “Why?” I was eventually told that it is because of my age (66 going on 88?) and that I am a man. “In Albania, men just do not do this. Women do.”

When meeting a church member or friend on the street, should I give them kisses on both cheeks or just a handshake?

One Saturday, three of us couples were invited to a student’s home for lunch. It was a very pleasant outdoor setting with plenty of good food and good conversation. As the perceived older person there who deserved honor, as I was told, I received the head of the roasted kid goat from which to get savory morsels to eat. I felt very honored, even though it was a bit of a startling experience.

There is also the problem of cheating among some students that appears to arise, at least in part, from the high value placed on loyalty to friends and family in Albanian culture (and in many other cultures). 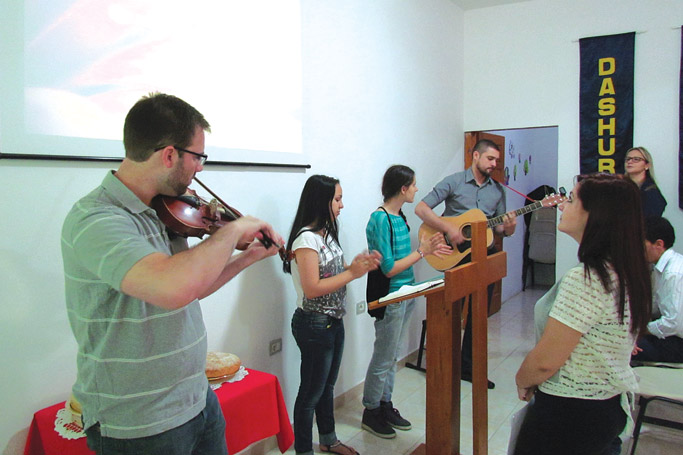 The worship team leads songs at Guri i Themelit, including Justin Rittenhouse (left), a teacher at Lezha Academic Center, and pastor Rafael Tartari (with guitar). 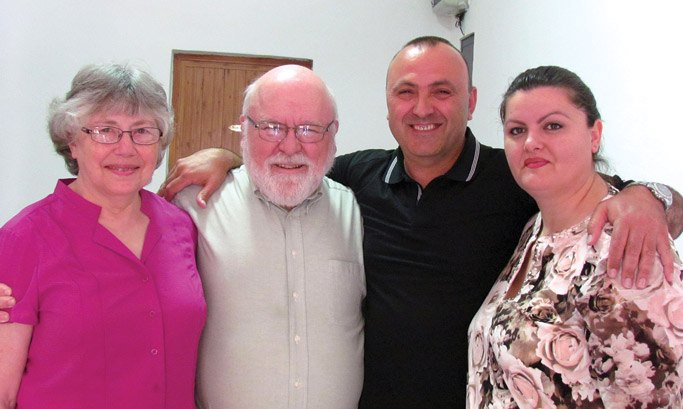 Elsie and Richard (left) with friends Rafael and Morela Çukaj at the Guri i Themelit church.

So how do we as God’s people share the Good News that through Jesus Christ we can become God’s children—redeemed, forgiven and given meaning for living? One of the names for Jesus that means a lot to me is “Immanuel,” which Matthew (in 1:21) defines as “God with us,” that is “God incarnate.”

And the Apostle Paul gives us this same mission elsewhere in 1 Corinthians.

“Now you are the body of Christ, and each one of you is a part of it. And God has placed in the church first of all apostles, second prophets, third teachers, then miracles, then gifts of healing, of helping, of guidance, and of different kinds of tongues. (12:27-28)

To me, incarnational living means two primary things. First, when I move into another culture, I must learn to know that culture in real and practical ways. My goal is to acquire it as my second nature. But as a finite human being who was born into another culture, I will often make mistakes and “goofs.” (For some reason, my students at LAC find my use of that word to be very humorous.) For me, admitting my imperfections and failures is also part of being the Good News incarnate in an adopted culture.

So I am trying to learn the language and its idioms (albeit not very rapidly), new and old foods and how to cook and eat them, how to wash dishes and clothes, how to clean our apartment, and especially how to be friends with others in the new culture. When Dini Shahini put his arm around my shoulder as we walked along the sidewalk, I felt I was beginning to understand how to be and have a friend in Albania. 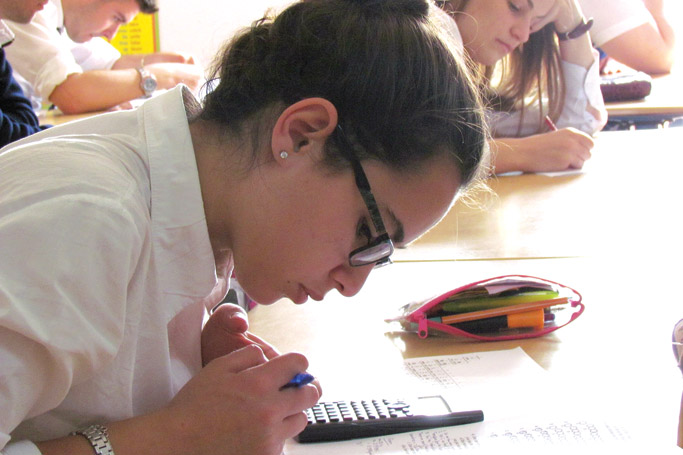 Klejdia, a senior at Lezha Academic Center, works hard on her chemistry final.

The second part of incarnational living is to know when and where God wants to speak into a culture and redeem its practices and its people. This should be done neither lightly nor quickly. Only as God, through his Spirit, works in our lives to sort out what is from our culture of origin, our adopted culture, and the counter-cultural nature of the Gospel, can we begin to know how to be God’s transforming servants.

I need to be God’s humble servant (at least that feels more comfortable to me than being his raging prophet) sharing God’s love when trying to bring the Good News into another culture.
Only as I really know the culture and love the people will I begin to be aware of how to address issues of violence in families, tribes and nations. Only then will I understand the biblical principles behind collaborative leadership that fit into the new culture.

When do I wash my own tea mug? When should I be willing to let others serve me as their cultural hospitality?

Being Christ’s disciple will always be lived out in a culture and will transform that culture, but it should never be equated with that culture.

God wants to take real people in real societies and make them into transformed people. Not because some of us are perfect (we are not!), but because God loves all people everywhere. We have been given the task of loving others who are not yet in God’s family.

Richard Bowman serves in Lezhë, Albania, with his wife Elsie. He teaches science and works with the local Mennonite Church.