Mission and the “Ports of Paul”

Posted on November 22, 2012 by VMMissions Staff

Paul spent most of his life in seaports. The early church west of Palestine thrived primarily in port cities of the Mediterranean.

Dr. Mark Wilson, a biblical geographer working in Turkey, became aware that biblical studies focused on the unique physical and cultural environment of the Mediterranean Sea and Roman seaports are extremely rare, even though this environment is where most of the mission drama occurs and the majority of Christians in the Roman Empire lived.

So when Dr. Wilson invited me to join his “Ports of Paul” project by continuing to explore the sea perspective on the Christian movement in the Mediterranean which began in 2004 while “sailing Acts,” I was delighted to propose this as my sabbatical project this fall. I was even more delighted when EMU approved the proposal.

I’ve been aboard SailingActs since August where, with some excellent assistance from EMS student, Eric Trinka, I’m researching the historical, literary, and archeological records on first century seaports, and exploring several key harbors where archeological work is currently being conducted.

The more I learn about the cultural environment of the seaports of Paul, the more convinced I am of the relevance that the mission movement in the Mediterranean has for mission in globalization. Port cities in the Roman Empire, as in the USA, were and are places of power and promiscuity, wealth and waste, pagans and Paul. And even Christians. 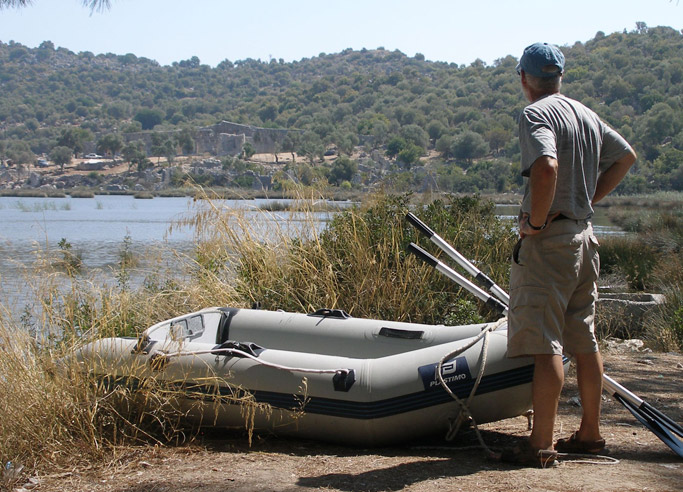 Linford Stutzman, ready to explore Andriaki, the harbor of Myra, with its Roman granary at the waterfront. 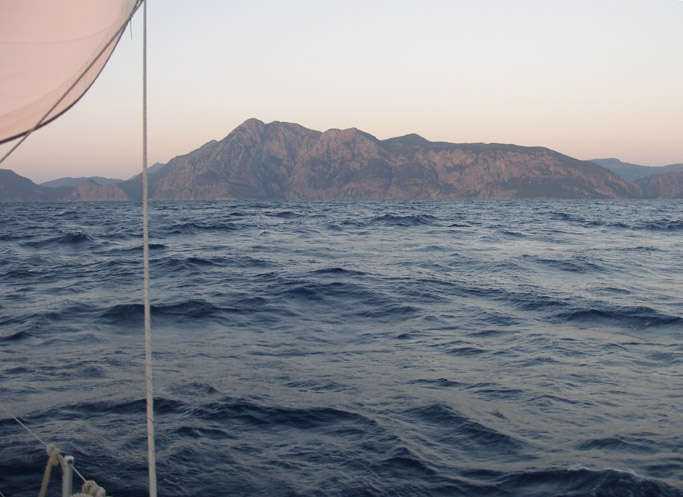