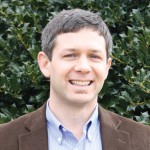 I grew up in a church that had altar calls. Not all the time, and not in manipulative ways, but from time to time, the leaders at Mountville Mennonite Church would invite us to respond to God by coming to the front of the sanctuary.

The invitation would vary. Sometimes it would be for prayer, other times as a sign of re-commitment to faith. And once in a while, it was a call to those who wanted to publicly acknowledge their faith in Jesus for the first time.

When I was 13 years old, my home church held its annual fall retreat. On Sunday morning, Pastor Ray Reitz gave one of those invitations to people who wanted to make a first-time commitment to Jesus. I was surprised to see nearly all of my peers going forward – Gina, Jewel, Kim, Abbey, Jenny, the pastor’s daughter. They were weeping as they knelt at the front of the sanctuary. It was more than I could take. I walked out.

Actually, I ran. Out the back door. Through the crunching leaves littering the lawn. Over to a lonely bench. I sat down, and I wept.

It wasn’t long before someone sat down beside me. It was my father. He put his arm around me and asked what was wrong.

I told him that I couldn’t bear to watch all of my friends go forward during the altar call. I felt pressured to join them. But I wasn’t ready. I just wasn’t ready.

What my father said next has forever impacted my life.

“It’s okay Aaron. There’s no hurry. You can wait until the time is right.”

Now I’m sure my father wanted nothing more than for me to choose the same path he had chosen years ago, to turn from sin and surrender my life to the God revealed in Jesus Christ. But in that moment, if he was anxious, he didn’t show it. He was calm, reassuring, comforting. He demonstrated what biblical scholar, Walter Brueggemann, calls unconditional advocacy. “This advocacy,” explains Brueggemann, “is not for certain ‘positions,’ but for the worth, value, future, and very existence of the young persons. The young need adults who are quite literally ‘crazy’ for them” (Biblical Perspectives on Evangelism, Abingdon, 1993).

My father was crazy enough to believe that while it was his job to model and invite faith, it was God’s job to convert me to it. He chose patience over pressure.

At Virginia Mennonite Missions, we take seriously our responsibility to bear witness to the good news found in Jesus. We ask with the Apostle Paul, “How can they believe in the one of whom they have not heard?” (Rom. 10:14). Yet we recognize that God is at work long before we ever arrive, and will continue to be at work long after we’re gone.

“So neither the one who plants nor the one who waters is anything,” Paul reminds us, “but only God, who makes things grow.” (1 Cor. 3:7). It’s God’s mission, start to finish. We’re just privileged to join in.