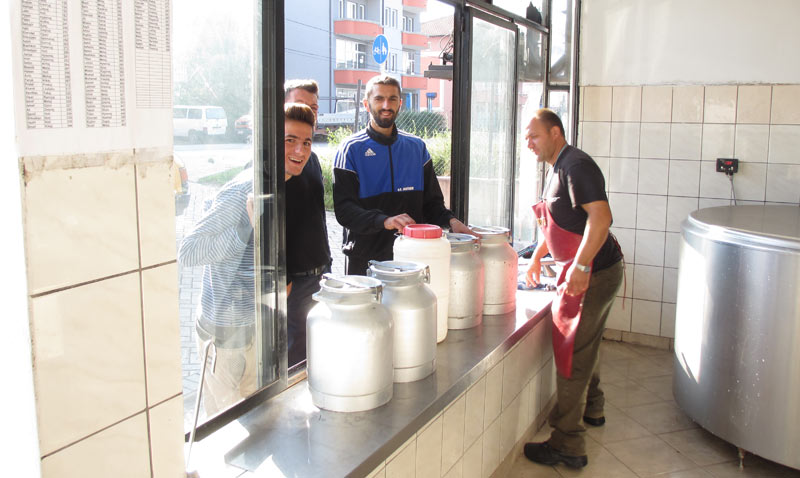 A worker and customers at the milk bottling facility.

Assignment: Serve as a consultant and specialist with farm and agriculture extension work. Skills such as herd management, dairy production, logistics and finance skills will help local farmers and assist with a local milk processing plant.

Term: 3 years or more, with some Albanian language study.

Ministries: Long-term VMMissions’ workers Vince and LaVonne Ramella lived in Istog, where they sowed gospel seeds through friendships and their business for transformation, “Lady Latte.” Istog is home to a milk processing plant started a few years ago by a group of American Christian businessmen/farmers interested in business for transformation. At present there is only one believer in the outlying area of their town.

Context: This land-locked country in the Balkans belonged to the southern part of Serbia until it declared its independence in February 2008. With a dominant population of two million mostly ethnic Albanians (90%), it has a history of many bitter conflicts with the Serbs (10%); the most recent one was in 1999, when Serbia invaded and burned down many houses. With much devastation to the economy and infrastructure, Kosovo is now slowly working to re-build. Many, however, seek to leave Kosovo in search of a better life.