Holy moments right here and now: mission workers and staff share fresh stories of gospel seeds being sown in the course of their everyday lives. “God, may you bring the fruit!” 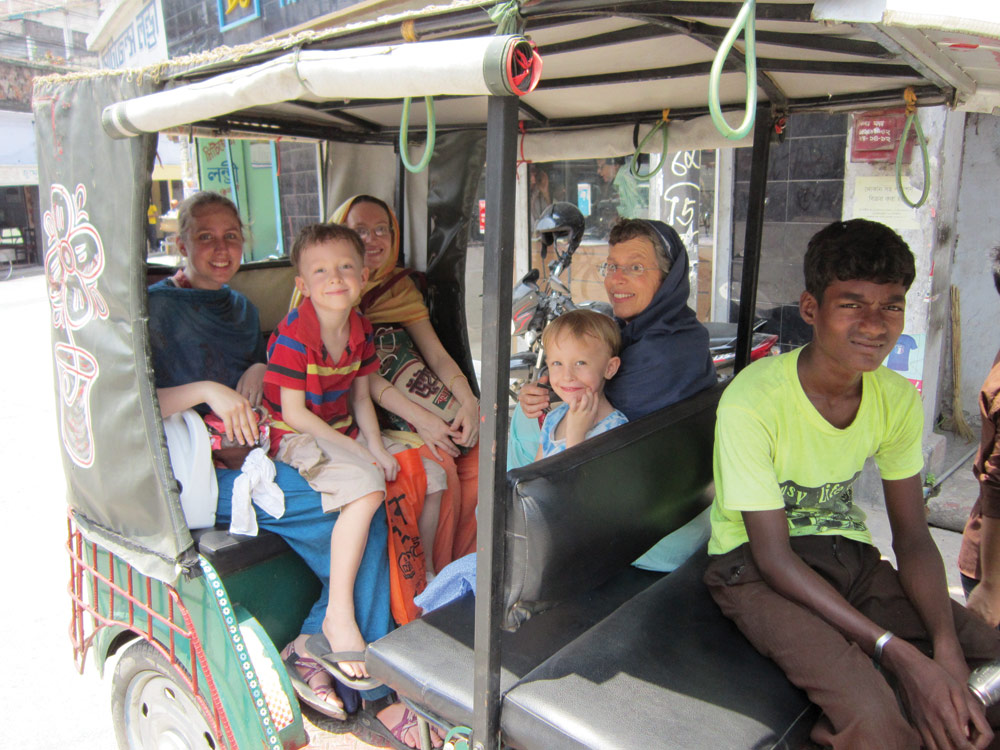 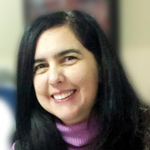 It was so hot and humid that I couldn’t wait to get my frozen mocha once I finished running errands around town. As I left the drive thru, I was holding my ice cold treat, waiting for a red light to come along so I could stop and have a good sip.

As I began opening my straw, I observed a young woman on the curb right next to my car, holding a sign that said: “Hungry, please help! God bless.” Instantly, I knew what I needed to do, but didn’t want to.

“Why Lord?” I asked. “Why should I give her my mocha? It won’t make a bit of a difference in her life.” Though only seconds passed, the argument within me was intense. Finally, I opened my window and offered her my drink. “God thought you’d like some ice cream today,” I said. She opened her eyes wide with surprise and answered, “Thanks! I’ve been here all morning. I’m thirsty.” The traffic light turned green and I had to move on. But I couldn’t get her image out of my mind all day.

Several weeks later, I spotted this woman in another street, still holding her sign. I went to get an ice cream and came back to give it to her in order to continue our conversation. I opened my window and said, “Hi, today is strawberry.” She smiled and eagerly took the offered cup. “I’m happy,” she said. “I’m getting my girl back today!” Her eyes shone, “She’s been with some friends for several months, but I get to see her today.” As the traffic started to move I said, “I’m sure you love your girl very much! I’m happy for you!” Glancing at her in the rearview mirror as I left, I wondered, “Did she feel God’s love?” I hope she did! I’m looking forward to our next ice cream encounter.
—Lizzette Hernandez, Latino Church Leadership Trainer 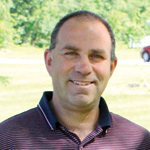 We often have our car serviced by a Muslim man. He is very zealous for his faith and knows the need of his people for God. “The people of Montenegro,” he told me, “need to know God, no matter if they learn about him from you or me.” We have friendly discussions. He is often trying to prove or disprove something from his faith or mine. He commented, “You are a different Christian. You open up the Bible and show where you are talking from, instead of just saying ‘the Bible says.’” He does the same with the Qu’ran for me.

Often we are joined by a Muslim friend of his who escaped from Kosovo during the war. One time when we were talking about the mystery of God and faith, this friend said, “It is OK to have mystery in your faith. We have it with the Qu’ran. Like the Trinity, it can be a mystery.” I responded by saying there is much we accept by faith. I see the Holy Spirit having been present at all times, before Jesus came and promised he would dwell in us. After Jesus left, we had that promise. And I see the Holy Spirit present in the Old Testament like a stage manager at the theater, saying, “All right, Moses, you are on now, do so and so.” The friend said, “I like that. It makes sense to me; no one has described the Holy Spirit being active like that before. It still is a mystery, but I can appreciate that explanation.” I felt like that explanation came from God, and I was filled with praise.
—Steve Campbell, serving in Montenegro 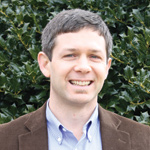 Just a couple of months ago, our neighbor’s dog died. When we heard the news, we baked some cookies and made a card, complete with a hand-drawn image of the dog by my daughter. Two of my children then went with me to deliver our gifts. The neighbors invited us in and expressed heartfelt appreciation for thinking of them. Not having chocolate chips on hand, we had made ginger snaps instead. It turned out those were their favorites.

In a later conversation, my neighbor told me they had put their deaf and partially blind dog to sleep because he had fallen down the steps and injured his back. Suddenly he asked, “What do Mennonites think of euthanasia?” I was a bit caught off guard, but quickly replied that putting sick or injured animals to sleep is certainly an understandable act of mercy. But with people, we believe that God is the giver of life and therefore the only one authorized to take life.

Then I told him about my 90-year-old grandmother who had passed away the year before. She lived much longer with health challenges than she probably would have chosen to. Yet she entrusted her life to God’s timing, and I admired her courage. My neighbor said he respected that. In fact, it reminded him of Taoism, which emphasizes living in harmony with the universe.

Though the conversation ended there, I sense the door remains open. Bearing witness in a post-Christian culture often takes time. God-talk seems like a fairy tale from a bygone era. Yet many still long for transcendence. As one author has put it, “I don’t believe in God, but I miss him.” Can we wait patiently with the God who stands at the door and knocks?
—Aaron Kauffman, President 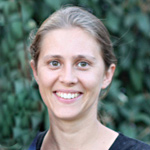 After years of enduring a rather stale friendship with a neighbor who has since moved away, a personal crisis has brought this friend back into our lives. Jack (not his real name) has told us that he intends to become a Christian, but we realize that he doesn’t really know what that means on a heart level.

Though we’ve tried to make ourselves available to him, it has been frustrating to see him bending over backward in the typical Thai way to avoid putting any demand on our time, politely not allowing Steve to travel the distance out to where he lives.

But God gave me an idea. Jack lives near Ikea, so I said to Steve, “Tell him your wife wants to shop at Ikea. You can sit with him in the coffee shop while I shop with the kids.” It worked! On the agreed upon day, we piled into the taxi and headed to the other side of the city. The one-on-one over coffee was a win more than we realized. As it drew to a close, he said, “Steve, you know, it was three years ago that you gave me this Bible. Three years ago to the day, because today is my birthday.”

Jack has no family or friends locally, but God allowed Steve to be the special friend on this special day! He and Steve prayed for more work for him as the economic downturn has hit him hard. About a week later, Jack called Steve excitedly reporting that he had a new work opportunity, which he identified as God’s care for him in answer to his prayer. We are so delighted!
—Bethany Tobin, serving in Thailand

It was a sweaty Sabbath afternoon, and after haggling the price down, we all got into a CNG, a three-wheeled metal cage of a vehicle. We put the kids on our laps. We all were more than ready for a swim at the Nordic Club! As usual, the driver had ten thousand questions for us. Jacob asked him questions in return, and found out that he is from a town in the south that is known for its “mazzars” where Muslims pray to a Muslim saint. When Jacob asked the driver whether he went to those temples, he told us that he did. He cut his engine down to limit the noise and shared with us about his faith and why he follows a particular Muslim saint.

We had just heard our believing friend Tipu telling us of a relative who has decided to follow Jesus after “trying out” ten Muslim saints. These people know they need a mediator; they know that keeping the law is not sufficient for salvation. After hearing our driver share, the CNG was stopped at a railroad crossing. So Jacob took a deep breath and shared how he also sees a need for a mediator, but the mediator must be sinless. According to the Qu’ran, Moses, Abraham, and even Muhammed sinned, so who can mediate? Did our friend know that Jesus is called the Savior in the Qu’ran? He can mediate!

The driver listened respectfully. Once at our destination, the driver and Jacob exchanged names and shook hands. We pray that he took our challenge to think and read more about this issue.
—Hosanna, serving in South Asia 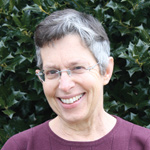 I was participating in an Iftar meal (eaten by Muslims after sunset during Ramadan) hosted by a local church here in Harrisonburg. As the guests trickled in, I sat down with some Pakistani girls who, though polite, were busily texting. In nodding a greeting to a group of Kurdish men sitting at an adjacent table, they conveyed that they wanted me to sit with them.

I protested at the impropriety, but they were insistent, and I realized what was obvious to them, “I am a grandmother!” After pleasantries, I commented to the eager fellow on my left, “So, obviously, you are serious about your faith and keeping the fast?” He and his tablemates looked instantly chagrined.

“OK, so I can’t make assumptions about you, but I can tell you about me. I am a serious follower of Jesus.” They nodded firmly. Appreciatively! My new friend countered, “Actually, I believe that the world would be better off without religion. It would be better if we all just loved each other.” Well, in that two minute time, we were off and running into a great conversation about faith. Guests kept pouring in, and I needed to relinquish my seat. But, before getting up, I told him where Skip and I lived. He beamed and said, “Oh! My English teacher Jenny invited me to come to your house for a Thanksgiving meal last year, but I couldn’t come.” I marvel at God’s leading!
—Carol Tobin, Asia Regional Director 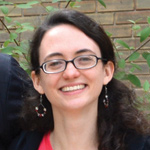 As part of my recent travel in the Gulf region, I was boarding an early morning flight when a 40-year-old Omani woman moved into my empty row. From even a seat away, we managed to strike up a conversation about culture, religion, shame, and Jesus. At the beginning of the conversation, she commented about how she did not like her culture and the lack of freedom. “What can I do? I was born Muslim and that was how it is.”

By the end of the conversation, she was agreeing that people could choose to change religion (I shared about my father, a Jewish man who became a Christian). Her background of growing up in another country, as well as being divorced, likely caused her to be more open. I wrote the name of the movie Magdalena (similar to the Jesus film) and encouraged her to watch it and learn more about Jesus.
—Sarah K., serving in Harrisonburg, Va.