He has also set eternity in the human heart; yet no one can fathom what God has done from beginning to end.
—Ecclesiastes 3:11 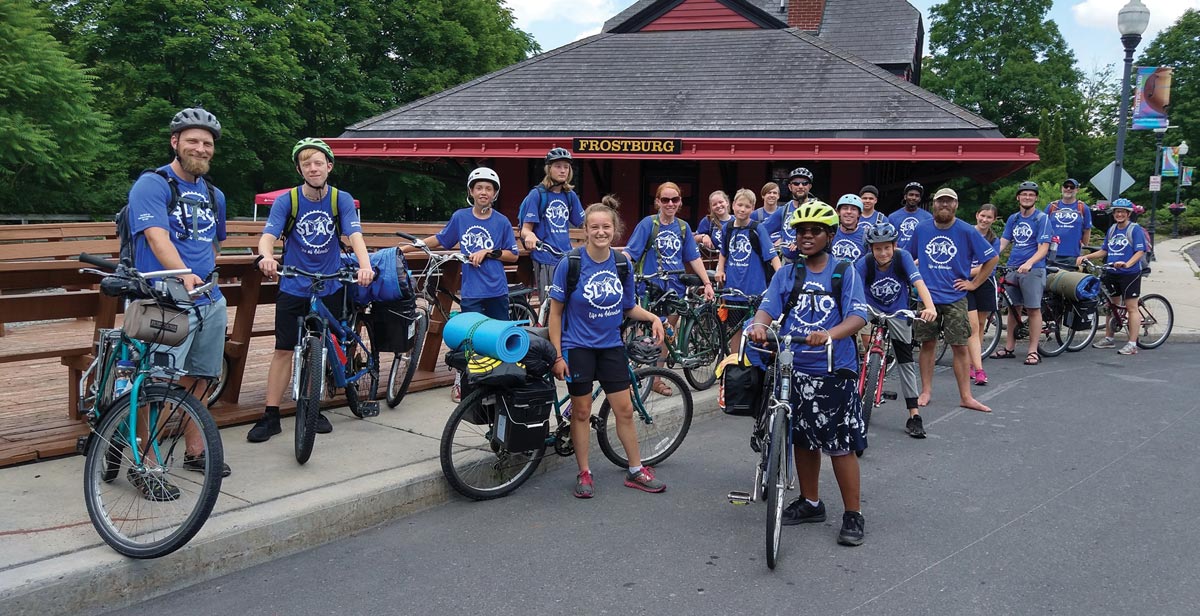 Anyone who is meaningfully connected to children, whether as a parent, teacher, grandparent or mentor, gets to observe something quite universal: the sheer love of an adventure story. Whether through books or movies, children seem to have an insatiable appetite for a good story.

But somewhere along the way, children and adults alike risk losing sight of something quite profound: the fact that stories are more than a consumer product. All adventure stories display a basic universal pattern: An invitation to accept a challenge that offers an inherent promise of a meaningful reward which transcends mere survival. Every good story is actually and ultimately an invitation and a challenge to make a good story out of one’s own life.

In partnership with VMMissions, SLAQ is dedicated to finding creative ways to inspire youth to discover “life as adventure.” While the biblical word for life [the Greek word zoe] is one whose meaning can be grasped through a quick glance at a concordance, seeing the concept of adventure in the Bible is like asking a fish to see the water in which it is swimming. For truly, the entire Bible is an adventure story that would challenge any trite co-opting of the concept achieved by Disney or Netflix.

The adventure pattern plays out nowhere more succinctly and dramatically than in the story of Abraham. We read in Genesis of Abraham’s adventure. He is invited to take up the challenge of leaving everything he has ever known to grasp instead the promise of a “very great reward.” This reward is embodied in his son Isaac.

Thus, Abraham binding his son—his own deeply-longed-for reward—upon a sacrificial altar becomes a dramatic display that mere survival is not the meaningful reward being sought. This begs the question: What did Abraham see as the reward in the adventure he had embraced?

I envision SLAQ serving as an invitation into life and relationship with God which is as exciting and as eternally significant as the story of Abraham.

My passion is that young people would recognize that life is not reducible to the deterministic biology of genes wired for self-preservation or the cultural dictates of viral memes. God, who has “set eternity in our hearts,” invites us to find meaning in life beyond mere survival. And yet we know that no heroic self-sacrifice, neither Abraham’s nor ours, can surmount the challenge of freeing us from the reign of death in which we are caught. Only Jesus through his death and resurrection can bestow the gift of righteousness by conquering death and thus enabling zoe to reign once again.

I would contend that the greatest threat to youth in America is not material survival but meaninglessness. My response in launching SLAQ is akin to that which has animated the church throughout all of history—the quest to discover new and creative ways to welcome the next generation into the reign of life.

I want this next generation to embrace the challenge leveled at all of humanity in the life of Christ: the challenge that those who wish to be the greatest must be the servant of all. My hope is that SLAQ would be an invitation for young people to be apprenticed to the one person in human history whose Spirit is still present with us today—the one person we can speak of as a true servant leader and the one person from whom we can receive the zoe of God: Jesus of Nazareth.

This is the why of the story. The nuts and bolts of SLAQ are a whole other story, one that is still unfolding.

I invite you to join us on this journey. Pray for us; become a participant in this vision of youth and young adults embracing the adventure of reflecting the zoe of God in the unfolding good story of their lives.

Ken Wettig serves with VMMissions as the initiator and director of SLAQ (Servant Leader Quest). He resides in Harrisonburg, Va.