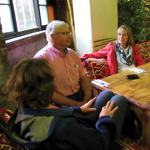 Getting On Board With Business

The call is going out for business, professional and trade men and women who love Jesus and believe that the marketplace is a place for the good news of the gospel. Who will get on board? 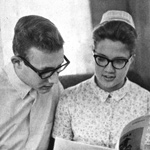 USA Ministries: A Story of Missionaries and Migrants

God knows how to weave good stories, in which the puzzle pieces from one time and place come together to create something new and beautiful in another time and place. In this story, the puzzle pieces are missionaries and migrants, the places are Honduras and Winston-Salem, North Carolina, and the time will unfold in the telling. 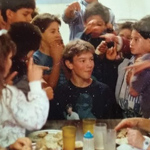 An Examen: God, Where Have You Been Present?

Now in our fourth decade of short-term missions, what have we learned at VMMissions? Are short-term mission experiences about rendering a service or surrendering to Christ? Martin Rhodes shares his own story of how a short-term assignment in Mexico shifted his focus from doing to being. 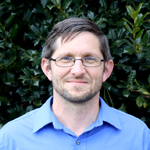 Virginia Mennonite Missions announces the hire of Jason Rhodes Showalter in the position of Global Ministries Director, effective Feb 3, 2020. Jason brings with him 15 years of experience as a cross-cultural worker with a sister Anabaptist agency. His roles included orientation, mentoring, and developing strategic vision with cross-cultural teams. 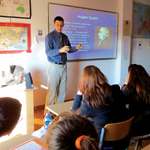 A Dream, a Need, a Gift: the Launch of tranSend

Over 100 persons have explored their sense of call to mission through tranSend since the program began in 2005. What were the dreams and needs behind this one-year mission internship program, and how did it become a reality? 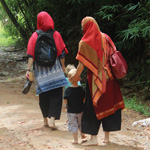 Extending the Reach to Every Nation, Tribe and Tongue 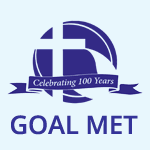 VMMissions is delighted to report that we exceeded our year-end financial goal of $100,000 by almost $7,000. Thank you! We are grateful to God and to everyone who has prayed, given financially, and supported our work in many ways. 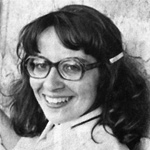 The Walls Came Tumbling Down: Our Entrance Into Albania

When the walls came down, “We were swept along, praising God for opportunities! We didn’t program it! We could hardly keep up with it,” Willard Eberly exclaimed. An isolated nation after a forty-five year communist regime, Albania opened in 1991 to the outside world and to the gospel of Jesus. 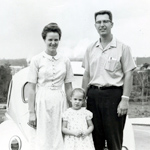 Will You Go? Our Expansion into the Caribbean

Twila Y. Brunk’s book, Together in the Lord, is an engaging account of the first twenty-five years of the Jamaican Mennonite Church. The following recounts those beginnings, as well as the expansion of VMMissions’ work into Guyana and Trinidad and Tobago. 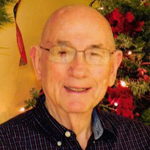 Paul Timothy Yoder, Sr., president of Virginia Mennonite Missions (VMMissions) from 1985 to 1990, died on December 16, 2019. He was 91. Paul brought to his presidency the particular perspectives of his medical background, and during his tenure, Paul envisioned VMMissions as a channel through which personnel and material resources would be released for the purpose of expanding God’s kingdom.