From the President: Gentle Boldness 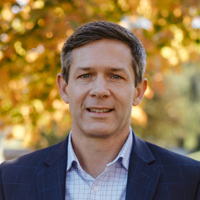 A key mentor of mine has been the Anabaptist missiologist, David W. Shenk. David and his wife Grace were missionaries in East Africa in the 1960s and 70s before returning to Lancaster, Pennsylvania, where they helped to revitalize my home congregation. David encouraged me to explore my own call to mission as an adolescent. Even after I moved away, he made it a priority to meet with me for breakfast whenever I was back in town. When I got a copy of his memoir, A Gentle Boldness, I could hardly put it down. The book is a gift to me and to all who would follow his example. 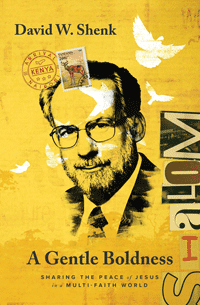 Several themes from David’s journey with Jesus stand out. First, David and Grace together have exemplified costly yet joyful obedience. As a young couple, they sensed a call to Somalia to replace another missionary couple after the husband had been martyred and the wife badly injured by jihadists. Later in life, they embarked on a four-year teaching assignment in Lithuania even though they felt a strong pull to stay close to grandchildren. Despite the sacrifices, they look back on those years of service with great fondness. Whenever they have sensed God’s call, they have sought to answer with a joyful yes.

Another theme of David’s life is missional innovation. As a young adult, he pushed the boundaries of the dress code expected of Mennonite ministers at the time in order to remove unnecessary barriers to witness among his neighbors in New York City. Years later, he also encouraged the writing of the Confession of Faith in a Mennonite Perspective in order to reach an audience beyond “cradle” Mennonites. The point was never to change the unchanging good news of Jesus, but to make it more accessible to those who have yet to hear it.

As the title of the book suggests, the central theme is David’s gentle boldness in sharing the gospel. David spent years witnessing among Muslims, eventually making Christian-Muslim engagement his focus for two decades. In one vignette, he describes a visit of fifty Christians to a mosque in Philadelphia where some one hundred Muslims are gathered for dialogue. After hearing the Muslim prayers recited at the end of Ramadan, David inquires, “How many prayers are enough?” The imam responds, “We never know. We only hope our good deeds will outweigh our bad deeds on
Allah’s judgment scales.” With his host’s permission, David then proceeds to share the Christian view, that in Jesus the Messiah, the judge of the universe has decided to take our place so that we might be forgiven and enjoy right fellowship with God forever. The imam replies, “This is too deep, too deep for tonight.” “Please, hear this good news,” David pleads, as the gathering ends.

I thank God for David’s commitment, creativity and courageous witness to Jesus, and I pray for a new generation of leaders who will follow in his footsteps.