Posted on February 21, 2020 by VMMissions Staff

A fundraising dinner. Everyone knows the routine: a meal, a pitch, and then it’s time for wallets and checkbooks. In contrast, Loren Horst, former president of VMMissions, remembers something special about an evening fundraising dinner for Phil and Terry Witmer, preparing to serve in Colombia. Before the dinner even began, it was announced that their funding was complete. People had already given generously to support this family they loved and their call to service. The guests could simply enjoy their meal!

Though not the norm, this story illustrates the Ministry Support Team (MST) model at its best. MSTs are about relational support. They both surround mission workers with encouragement in their call to mission and help them build a network of supporting churches and donors who resonate with their vision for ministry.

By contrast, the early model of centralized funding depended on institutional loyalty. Donors entrusted their God-given resources to the mission agency to use in accordance with its priorities. This was the dominant model for decades. Ideally, missionaries could focus on their assignment, while the mission board took responsibility for their finances.

The need for a different fundraising system became apparent to David D. Yoder, president of VMMissions in the mid-1990s. Giving was rapidly declining. Donors wanted to give where they had involvement. A paradigm shift was needed. Following the example of other mission agencies, David implemented a relational model of mission support. Thus the Ministry Support Team (MST) was born.

One of the first workers to be supported with an MST was Norma Teles, a missionary from the Brazilian Mennonite Church. In 1998, VMMissions recruited a team of supporters around Norma’s work with disadvantaged children in Albania. This MST became a key facet of VMMissions’ partnership with her sending community in Brazil.

This new system required new ways of tracking donations. Support for specific ministries, called “special projects,” had to be tracked separately from other donations, and MSTs needed regular reports on fundraising progress. It wasn’t long before this special project giving eclipsed giving to the general fund. To balance the lost revenue needed for staff and oversight, a small support fee was added into worker budgets. 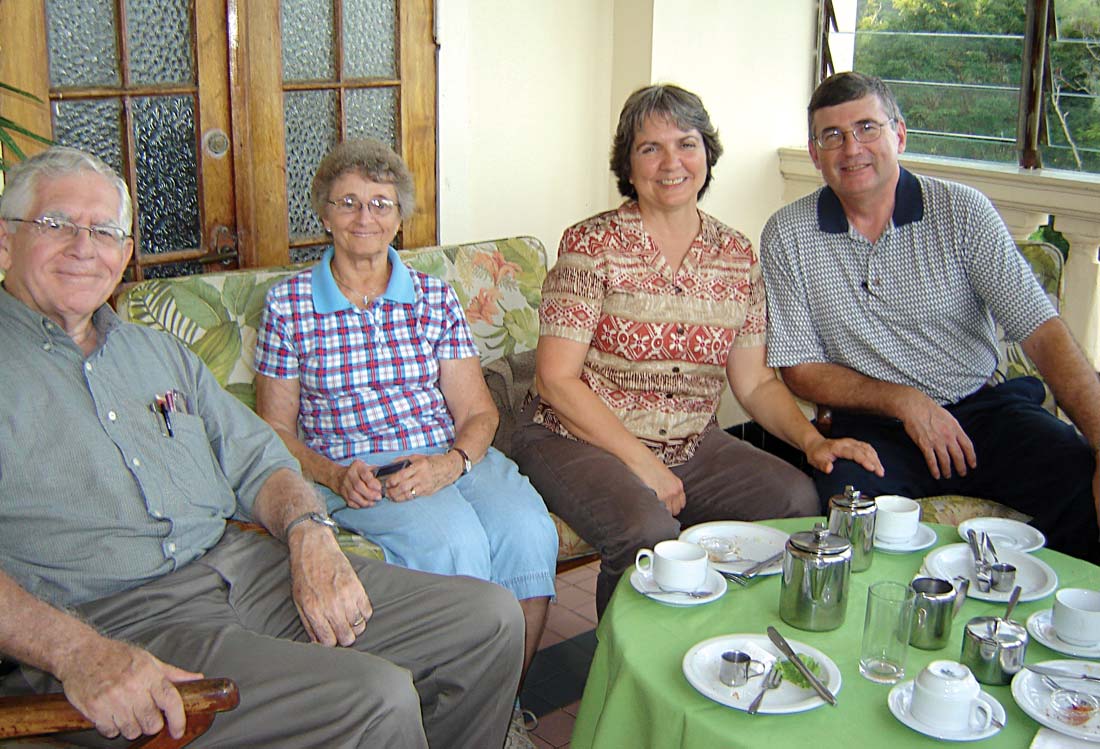 David D. Yoder also convinced the mission board of the wisdom of endowments as a means of stewarding mission support over the long term. Donors could establish endowments with gifts during their lifetime or as a bequest. These endowed funds were then invested, with only a portion of the proceeds disbursed each year. David encouraged such giving, saying, “Let your light continue to shine!”

Loren Horst built on David’s work, to the point that thirty-three endowments now regularly provide ten percent of the overall income needed for VMMissions’ annual budget. Working with donors was a satisfying part of Loren’s work. In his words, “It is a form of pastoring with people who want to do something for the work of the Lord.”

One hundred years after its founding, VMMissions is exploring new ways to fund mission endeavors. One trend is a return to bivocational ministry, a form of mission support since the days of the Apostle Paul, who was a tentmaker (Acts 18:3). Another is the growing field of business for transformation (B4T), in which Christian entrepreneurs use business as a means of blessing communities, sometimes providing modest income for their own livelihood as well.

However funds emerge, giving to mission is simply a way of giving back to God. Generosity begets generosity, “overflowing in many expressions of thanks to God” (2 Cor. 9:12).