Journeys Into Marriage and Mission

As shared with Carol Tobin 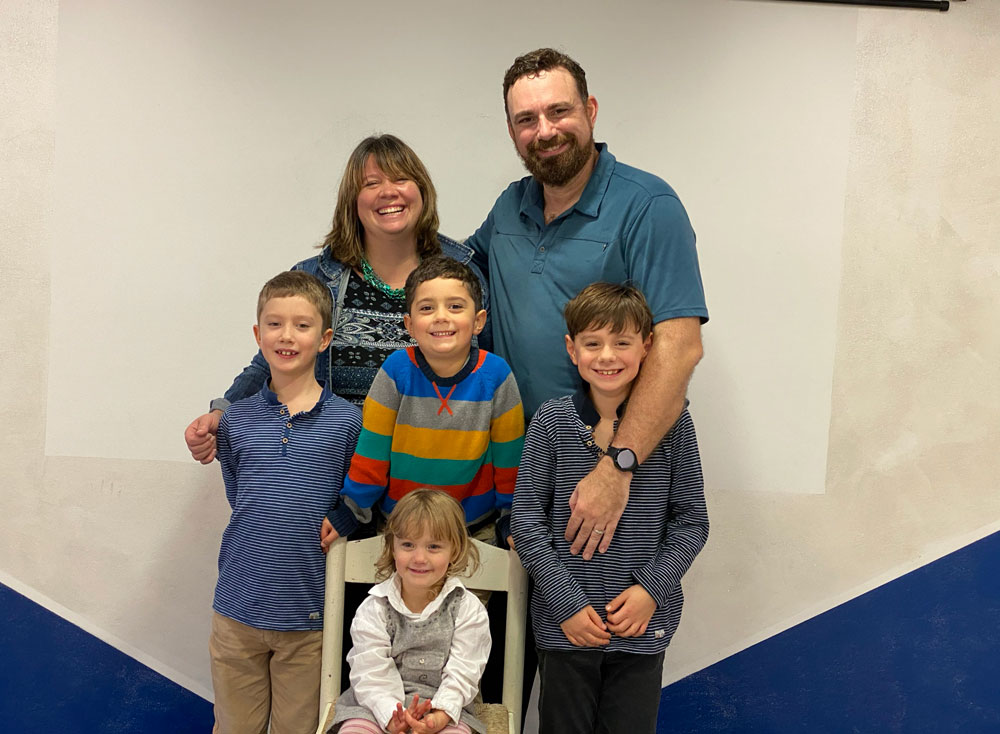 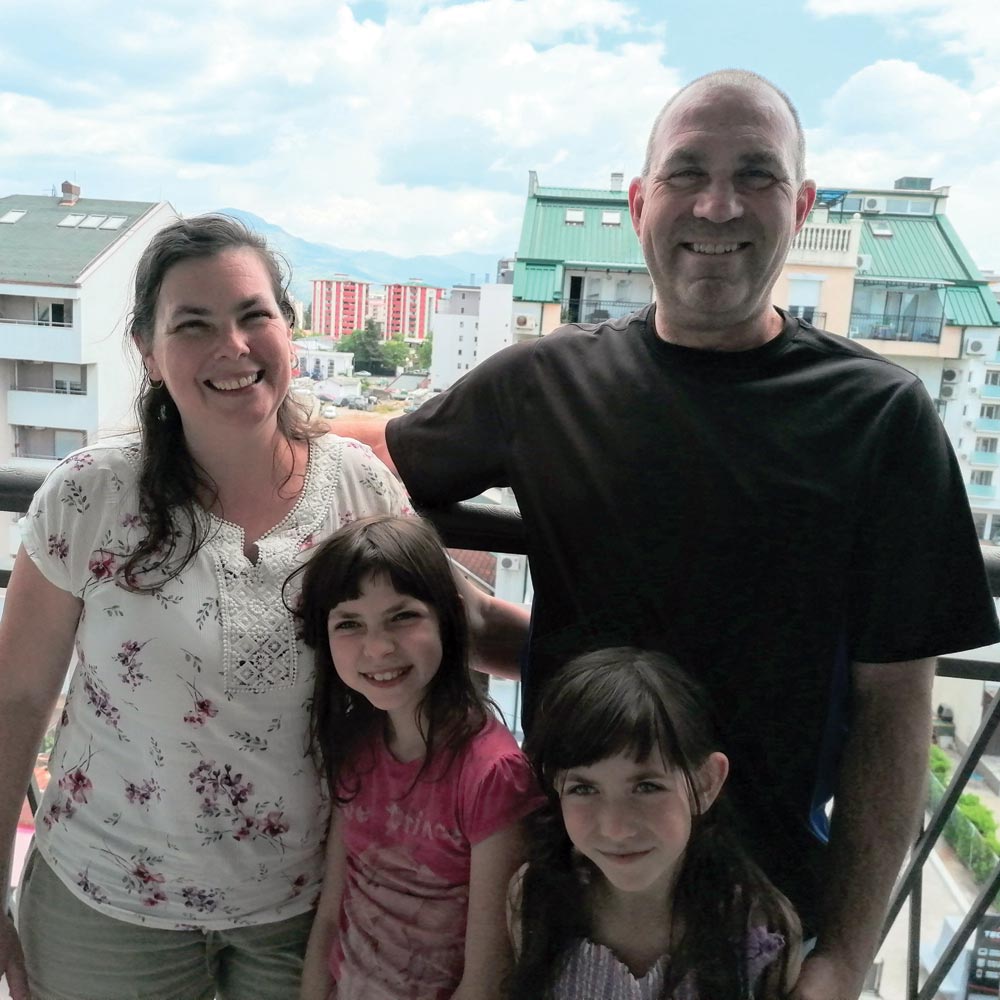 Married couples have the opportunity to experience the sometimes seamless, sometimes arduous path toward being of one heart. To learn more about how God has helped achieve this in the lives of two women serving in overseas ministry: Laura Campbell, serving in Podgorica, Montenegro, and Laura Green, serving in Termoli, Italy, I asked the “two Lauras” to share reflections on their own calls to serve, and experiences in partnering in ministry with their husbands.

Which of you, you or your husband, was the first to sense a call to serve in overseas mission?

Laura Green: This is such a hard hitting question for me. Shawn definitely felt the call first. He had grown up as a missionary kid in Italy and when we began dating, he shared that he had a heart for missions. I assumed that meant short term trips or assisting missionaries from stateside. Not long after our first anniversary, we were given the opportunity to serve in Sicily for a year. Shawn, of course, was ready to get on the next plane to Italy. I however, was not. My initial internal reaction—which I didn’t let show on my face—was, “You have got to be kidding me, there is no way!”

I agreed to go to Italy for the one-year assignment. During that year, the question of the future hung between us. I remember one of our last nights in Italy in 2007. We were in Bari, sitting on a bench on the boardwalk. Shawn asked if we could see ourselves in ten years living and serving the Italian people. He could, but could I?

That conversation began a season of intense internal wrestling with the letting go of my dreams/plans and being willing to walk into the unknown. It was hard. But Shawn never pushed me. He would simply ask if I was still praying about Italy. I always responded that yes, I was praying about it, but what I didn’t say was that my prayer was that I wouldn’t have to go!

After an eventful year back in the US, learning about God and his provision and heart for the people of Italy, God graciously turned me around and I surrendered completely. We left for Sicily in August 2008. There are so many blessings we would have missed had I said no!

Laura Campbell: When Steve and I first met, he was returning from a one year term of mission service in Albania, and I was the receptionist for VMMissions. Our very first date included talking about our future hopes. My dream was to go to a lesser-reached people group and tell them about Jesus. We agreed even before marriage that this is where we were headed.

During our first year we took a short term trip to teach vacation Bible school in the Albanian villages where Steve had served. This was an important step, because even though I felt called to serve, I had never served cross-culturally. Following that trip, we agreed that we wanted to serve in a region where neither of us had a language advantage (I had studied German at university). We also wanted to be able to serve equally in a location where I, as a woman, would not have to stay in the background.

Early on, we learned that evangelicals comprised less than .01% of the population in Montenegro. Later, we met two pastors from Montenegro. At the time there were only three in the whole country! We really felt God telling us that this was where we were to go. We did a one year term through tranSend. Three years later, we returned with our two daughters and have kept “re-enlisting” ever since.

What does it look like to walk together as partners in ministry?

Laura Campbell: In the beginning, our basic job description was to serve in the church as the pastor directed, and to relate to neighbors through friendship evangelism. Steve and I both believe strongly in discipleship. We want to see whole households come to faith as they did in the book of Acts. We hope that by discipling believers and training them to witness to and disciple people in their circles of influence, God will cause the Montenegrin church to grow.

Steve began Discovery Bible Studies with several of the men from church. In the early years, it was easier for Steve to go out than for me. As our daughters Ruth and Esther have grown, I have also been able to use this tool with women. Our public school connection enables us to meet many new families. We invite them to church outreach events.

Early on, I felt limited by my inability to speak the language, and there didn’t seem to be a specific role for me in the church. All the children in the church—including mine—were two years old and under. As they grew a little older, it was hard for them to sit still during the service. It occurred to me that an opportunity was being wasted. Here was a whole generation of children with believing parents! We could be using the time to teach them. With a lot of help, I translated the stories in a children’s Bible storybook into Serbian/Montenegrin. We chose a Bible verse and song to go with each lesson. Since that time, we have had up to 35 children in Sunday school. In this way, we are preparing the churches of the future to have a firm foundation in their faith and knowledge of salvation.

Steve and I pray for each other, especially when one of us is in a meeting or dealing with stress-filled situations. We allow the other to decompress and “vent” after these meetings! We respect that there are some things told to each other in confidence and don’t demand to know or complain that our spouse is keeping secrets from us. I believe we model a healthy respect for each other and a willingness to do things that transcend gender stereotypes. You might see Steve cooking a meal while I assemble bookshelves! We are also intentional about spending time together. Following our example, two couples with whom we minister have begun to do the same.

I bring a love for God, and a good layman’s knowledge of Scripture and church history. I am creative and I am an intercessor. I hear God saying that he has given me love for the people of Montenegro, and so whenever I lack the language or other skills to “help” those around me, I can still love them and pray for them, standing in the gap for those who don’t yet know him.

Laura Green: I know that God has drawn us together as partners in the work here. Though I assumed I would be teaching conversational English as an outreach once my older boys were in school, I’m now a mom of four kids! I care for the home and children, thereby freeing up and releasing my husband to be able to serve in his giftings. So, right now my main ministry is internal. As the extrovert spouse, this season has been at times a struggle, but not without its blessings! I have an important role in encouraging younger moms, both in the church as well as local seeking friends.

We partner and participate in ministry as a family. This requires flexibility! Since we were the main young family with children when we arrived, we have been able to model a Christian family for first and second generation believers with young children, and through daily interactions in our Termoli neighborhood. I’m so thankful that God has allowed us the opportunity to serve the Italian people and be a witness here. I am so grateful that he didn’t give up on me even when I was fearful!