Call to Prayer: Praying Together Is Success

Is praying together its own answer? Looking for answers in the future, we may fail to notice what is being accomplished in the present.

When Skip and I were in the process of bringing closure to the seven years we spent leading our mission team in Det Udom, Thailand, there was one bitingly poignant incident which I will never forget.

My teammate Kara (name changed) and I stood soberly looking at each other—wives and mothers with parallel journeys across those seven years together. Both of us had mothered infants, weathered illness, doggedly homeschooled, and endured loneliness. But because we struggled in vastly different ways, each was always a frustrating enigma to the other. The painful judgments and the bitter disappointment we had been to each other hung heavily between us.

And so we voiced the inevitable question: “Was it worth it?” A sad hug. It wasn’t a question either of us was prepared to answer. We were both so weary. 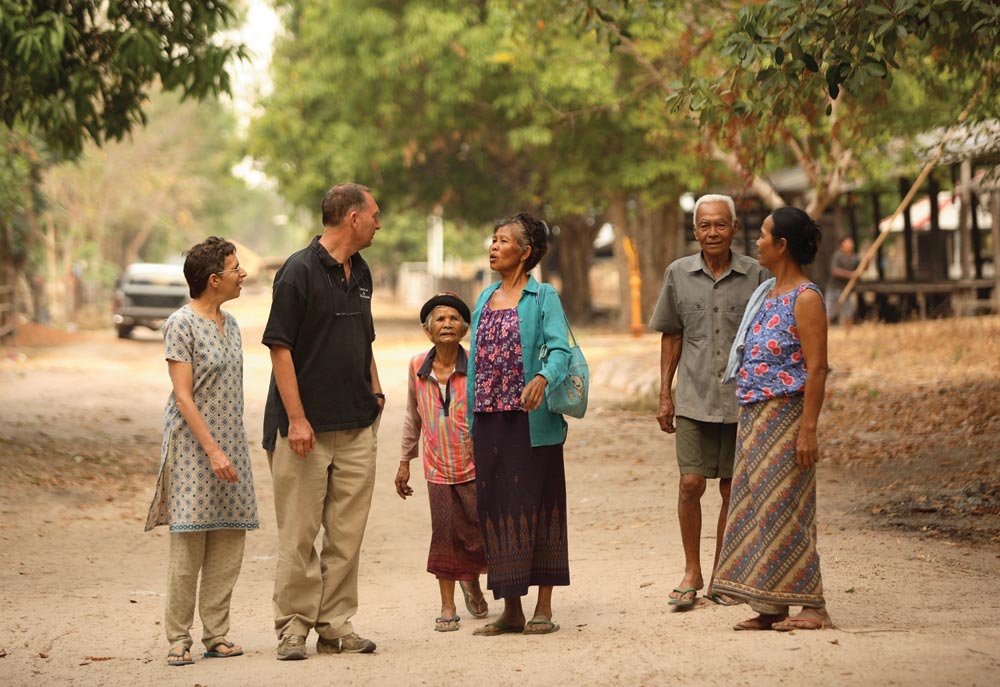 Another experience came some months later, which has stayed with me these many years. We had moved to the U.S. and were being given a warm welcome in Harrisonburg, Va.

One evening, at a large prayer gathering, I scanned the room for familiar faces. But how could there be familiar faces? We were too new to know or be known. As we prayed, a fierce desire rose up in my heart. I longed to see my teammates! The desire to see them became so strong that it became a prayer that I almost expected to be answered immediately, as if I could turn around and there they would be! I would know them; they would know me. And, best of all, we would pray together! What joy that would be!

In the absence of the crucible of life within our team, I finally realized that I would be forever longing for the specific sweet taste of prayer with close brothers and sisters, carrying the same burdens, living and longing for the same answers to the same prayers.

I had discovered that there is such a thing as unity of heart, powerful enough to transcend the difficulties and enable us to withstand the incompatibilities present in our relationships.

Psalms 133 reminds us, “How good and pleasant it is, when God’s people live together in unity!” Perhaps we are inclined to think that this unity refers to the ease of simply being with people who like us, or rather people who are like us! But what if unity is forged out of something far fiercer? What if the unity is founded first and foremost on the common desire for God’s purposes to be accomplished?

It was the huge potentiality of unity of purpose gone awry that necessitated the scattering at Babel. And now, thanks be to God, we have been gathered back and are invited into a new experience of unity as we corporately embrace the very power of the Spirit in our midst. As a body, we can allow God to use us for God’s purposes that will always come “not by might nor by power but by my spirit says the Lord of hosts” (Zech 4:6).

This year, I have been blessed to participate in several prayer clusters in which we sense this fierce forging. It’s not friendship or a common stage of life, or even similar convictions on particular political issues that bring us together. Rather, we enjoy a uniquely invigorating capacity to agree for God’s missional purposes to be accomplished in a particular context that we all care about deeply.

Let’s learn to seek this kind of unity! For is this not “success?” Isn’t this coming together to pray and seek God’s will and way an “answer” in and of itself? After the passing of years, it’s the answer that my teammate and I can graciously and gratefully acknowledge, “Yes, it was worth it!”