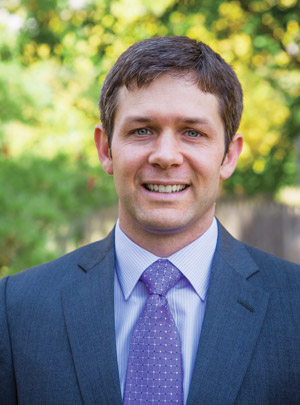 Aaron M. Kauffman of Harrisonburg, Va., was chosen by Virginia Mennonite Missions’ (VMM) 15-member Board of Directors as their next president at the October 18-19 meeting. Kauffman has extensive local and international mission experience serving most recently as VMM global ministries director and advancement associate since 2011. A seven-member search committee of Virginia Mennonite Conference members began their work in June 2013, and recommended Kauffman to the VMM Board.

Phyllis Miller, chair of the VMM Board states, “We are delighted with Aaron’s selection as president. His unanimous selection by the Board indicates a trust level in his leadership along with a proven track record as global ministries director. We are grateful to God for this servant leader he has given us to lead VMM for this next period of time.”

Kauffman will follow Loren Horst, who has served since 2002 as VMM president. Loren and his wife, Earlene, will be considering future VMM mission assignments after he concludes his current role on December 31, 2013. He states, “I am very pleased with the selection of Aaron Kauffman. Aaron is relationally warm, missiologically sound, and administratively competent. He combines mission passion with a deep faith in Jesus and love for the entire church. Aaron’s mission experience and proven leadership have prepared him well for this additional responsibility. I offer my full and prayerful support.”

Growing up in Pennsylvania, and attending Mountville Mennonite Church, Mountville, Pa., Kauffman recounts learning a mission-minded way of living through the congregation’s refugee ministry, active youth group and mentoring relationships with church members, including mission leader, David Shenk of Eastern Mennonite Missions. As a result, he eagerly participated in local and international short-term mission experiences while a high-school and college student.

After completing a Bachelor of Arts in Culture, Religion and Mission at Eastern Mennonite University (EMU), Harrisonburg, Va., he finished a MA in TESOL and Bilingual Education at Georgetown University, Washington, D.C., in 2003. Following two years as an ESL teacher in Rockingham County Public Schools, he and his wife Laura were jointly appointed by VMM and Mennonite Mission Network and served from 2005 – 2008 in La Mesa, Colombia, as church youth group leaders, members of a church planting team, and as a teacher and a nurse, respectively, at the local Mennonite school.

Upon returning to Harrisonburg, Va., to attend seminary, he became curriculum coordinator of the Intensive English Program at EMU while also teaching university courses in language instruction and methodology. He completed a Master of Divinity at Eastern Mennonite Seminary in 2012. He has since taught undergraduate courses in missiology as adjunct professor at EMU.

Upon his selection, Kauffman notes, “It is truly an honor to be asked to serve Virginia Mennonite Missions in this way. With God’s help and the church’s prayerful support, I look forward to continuing VMM’s legacy of faithful witness to the good news of Jesus Christ. It is an exciting time to be part of what God is doing around the world through the church.”

Aaron and Laura Kauffman are members of Zion Mennonite Church, Broadway, Va., a congregation of Virginia Mennonite Conference. They have four children, Abigail, 8, Sophie, 6, Asher, 3, and David, 3 months. Laura Michelle Souder Kauffman completed a Bachelor of Nursing at EMU in 2002 and has worked as a maternal health nurse. She is currently a member of a VMM Ministry Support Team and a stay-at-home mother. Their parents are Paul and Donna Souder, Harrisonburg, Va. and Dennis and Rose Kauffman, Lancaster, Pa.

Virginia Mennonite Missions was formed in 1919, with headquarters in Harrisonburg, Virginia. Now with a budget of $2.5 million, its mission is to invite people to faithful living in Jesus Christ by forming and enabling congregations and individuals to continue God’s reconciling work in the world. Approximately 75 persons serve in 16 countries including the United States in the areas of disciple-making and church planting, education, leadership development, deaf ministry, refugee ministry and urban ministry.

Press release: October 21, 2013. This will appear in the November issue of Connections. Photo by James Souder.

Filed in: All posts, News, Updates