Whose Voice Are We Listening To? 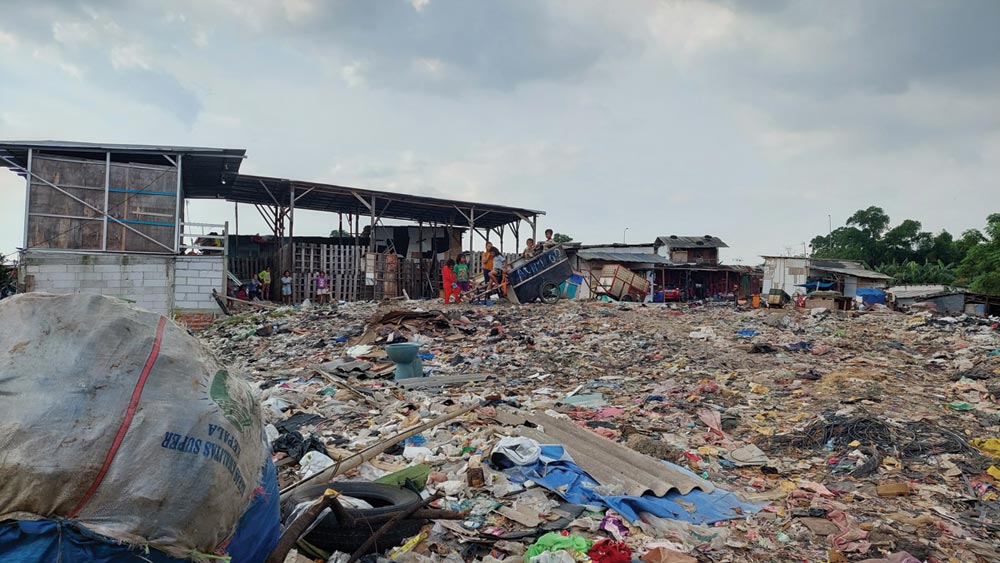 A view of the slum’s trash dump, where members of the community earn a very meager living by collecting and reselling whatever they can find. When frequent flooding occurs, outbreaks of disease such as malaria and typhoid are widespread. Photo courtesy of Anita Rahma

“God has not called us to be successful, but to be faithful.” These words were spoken by Mother Teresa, who is, ironically perhaps, one of the most “successful” people on the planet—if we measure success by fame, followers, and positive impact on the world. But how should we as Christians define or measure success or failure? What does it mean to serve God faithfully in our particular contexts? How can we ever know if we are doing enough or being faithful enough or successful enough?

A friend in Harrisonburg, Va., recently shared with me that in the morning she tries to do (1) devotions, (2) Duolingo, (3) breakfast, and (4) a morning run before heading to her office. It is lovely when we have attainable rhythms and goals to keep us healthy and measure “success” clearly.

But on the mission field, so often this seems impossible. So often things seem outside of our control, and much of our energy is spent just surviving in a different culture, language, and religious context.

Those of us with young children on the mission field know all too well that it is difficult to measure a successful day. The list of things that one must do just to survive is incredibly long. Is the day a failure if I lost my patience and yelled at my children? If we forgot to have vegetables as part of our meals? If the laundry did not get done and the dishes did not get washed?

Depending on one’s mission assignment, it might be very hard to measure success in ministry. For those with a clear job description with an already existing agency (e.g. pastoring a church, teaching in a school, working as a doctor or nurse in a hospital), perhaps it is easier at the end of a day, a week, or a term to feel like you have accomplished something or met your goals. For those of us in uncharted territory of ministry, it can feel impossible to measure.

I reflected recently on the A Life Overseas blog that we are sowing seeds, but too often those seeds die—or we never see the growth. Heartbreak can seem all too real, but often we try to only tell our supporters back home the positive stories, the breakthroughs, the joys. But we need to talk about the deaths, the griefs, and the brutal disappointments. 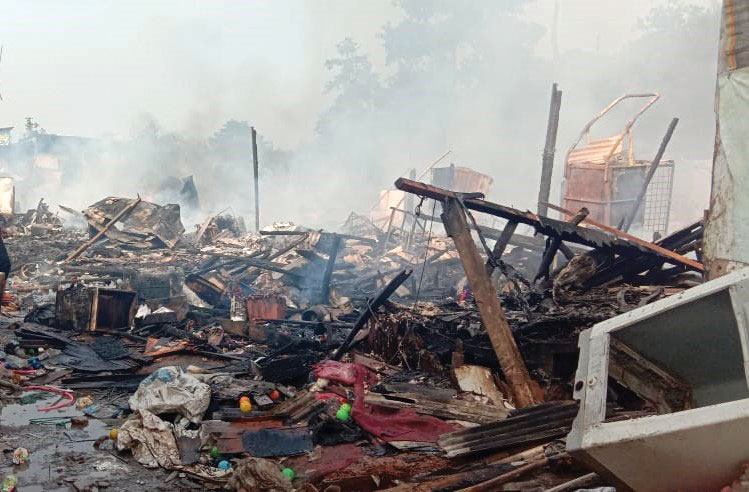 A fire in 2020 devastated parts of the slum community where Anita and Yosiah serve. Photo courtesy of Anita Rahma

In my book Beyond Our Walls: Finding Jesus in the Slums of Jakarta, I strive to share honestly about the journey of following Jesus to an unlikely mission field. I share about the heartbreaks and losses: fires, evictions, deaths of students, sicknesses, and team struggles. But I deeply believe that Jesus is with us in our suffering, and that somehow the process of walking through the valley of failures and challenges has brought us closer to our Lord.

When I joined Servants to Asia’s Urban Poor twelve years ago, I interned first in the inner-city neighborhood of the Downtown Eastside in Vancouver. The needs there were incredibly overwhelming; literally thousands of people on the streets struggling with homelessness, drug addiction, and involved in the sex-industry.

How could I, a young university graduate, possibly do anything to make a difference?

For those of us in uncharted territory of ministry, success can feel impossible to measure.

One night I had a dream that I will never forget. I dreamed I received a manilla envelope in the mail and on the front of the envelope was a skull and crossbones. When I opened the envelope, a piece of paper fell out with the large inscription: insufficient.

I awoke, terrified. And I had to spend time praying and asking the Lord to calm me. That dream was Satan speaking lies over me. It is the whisper (or often loud voice) in my head, telling me that all that I do is insufficient. I can never make a difference in the Downtown Eastside of Vancouver. I can never actually see change in this slum community where we have planted ourselves for the last ten years in Jakarta. The needs are too overwhelming. And I am insufficient.

But, there is truth to conquer that voice.

I love how the apostle John put it:
“And the Word became flesh and dwelt among us, and we have seen his glory, glory of the only Son from the Father, full of grace and truth… For from his fullness we have all received, grace upon grace” (ESV, emphasis added).

And the truth is that Jesus is enough. Jesus is more than sufficient.

As we minister, whether overseas in another country, or across the street in our local neighborhood, we must remember whose we are. We are servants—and children—of a beautiful savior, a loving king, and a forgiving friend. We have nothing to prove, no merit to earn. We have been forgiven; we have received grace upon grace. And out of this fullness—out of his fullness—we can become bearers of his love and compassion to those around us.

I think that Mother Teresa was right. We are not called to be successful; we are called to be faithful. May we receive, each day, the Lord’s love and live into that truth. And when we do fail (which we will, because we are human), may we once again receive the Lord’s grace to carry on. 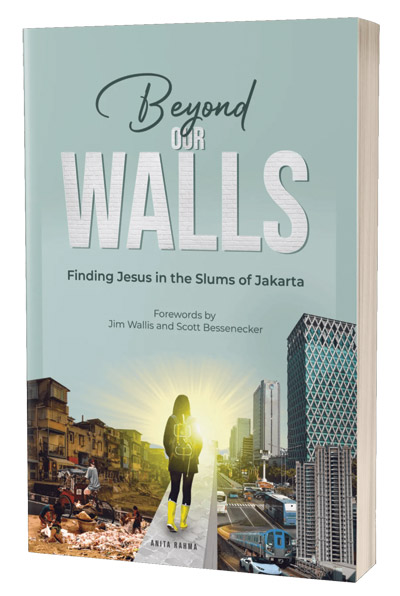 Beyond Our Walls: Finding Jesus in the Slums of Jakarta provides a unique window into what ministry in an urban slum setting can look like. The author shares the amazing story of God’s faithfulness in her life as she follows Jesus into the slums of Jakarta, Indonesia, and still lives there twelve years later with her husband and two young sons.

Not only have her Muslim neighbors had an opportunity to get to know a follower of Jesus, but the author herself has been forever changed by her experiences. While life in the slums is often hard, the joys are many as well.

Anita Rahma and her husband Yosiah (names changed) are founders of House of Hope, a free kindergarten and afterschool program in their slum community in Jakarta, Indonesia, in partnership with Servants to Asia’s Urban Poor.