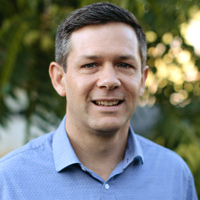 In his 2017 book, Dream with Me, lifelong pastor and civil rights activist John Perkins describes his experience of opening up an integrated health clinic in Mississippi in 1973. The building had previously been owned by a white doctor whose dying wish was that it be sold to someone else who would use it as a medical clinic. Perkins recounts the day his ministry, Voice of Calvary, bought the building from the doctor’s widow with $75,000 cash:

As soon as we had the keys, a bunch of us went inside. The first thing we noticed was the wall that divided blacks and whites. Many times I had stared at the wall from the black side. For the first time, we were able to look at both sides of the wall, and it confirmed what we had already assumed: the white side had nice, beautiful paneling; the black side was bare and worn.

The stark contrast was symbolic of how everything we blacks had was inferior.

I picked up a sledgehammer and started slamming it against the wall with all my might. We tore down the dividing wall in less than thirty minutes. It felt good! It also reminded me of something the apostle Paul wrote in Ephesians 2:14-16: Christ has made peace between Jews and gentiles, and He has united us by breaking down the wall of hatred that separated us.

It was an emotional experience, and I didn’t care that we had ruined nice paneling that, under other circumstances, we would have reused. From that time on, we determined there would be only one waiting room­—open to blacks and whites.

Perkins’ story and the passage he cites in Ephesians demonstrate a vital truth of the gospel of Jesus Christ: love tears down walls.

It was love that led Jesus to Jacob’s well one hot afternoon to transform not only the life of a woman trapped in sin, but the prejudice of his disciples toward their neighbors in Samaria (John 4:4-42).

It was love that led Paul to confront the great apostle Peter for “not acting in line with the truth of the gospel” (Gal. 2:14) when, pressured by his fellow Jews, Peter stopped eating with his Gentile brothers and sisters in Christ.

It was love that led Francis of Assisi to cross the battle lines unarmed during the fifth crusade to meet with the Sultan of Egypt and share the gospel of peace, leading to a respectful dialogue despite their differences.

And it was love that led John Perkins to tear down the wall of that formerly segregated health clinic in Mendenhall, Mississippi. As Perkins puts it, “God’s love and justice come together in the redemptive work of Jesus Christ, and we can’t be about one and not the other. They’re inextricably connected.”

May God’s love propel us to tear down the walls of prejudice and hatred in Jesus’ name until that day when walls no longer divide.