From the President: Patient Ferment

Posted on December 2, 2021 by Aaron Kauffman 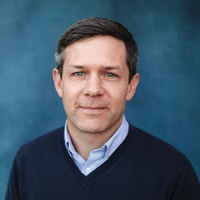 The Kingdom of Heaven is like the yeast a woman used in making bread. Even though she put only a little yeast in three measures of flour, it permeated every part of the dough. —Mark 13:33 (NLT)

Many mission leaders are excited about the concept of multiplying disciples through people movements. Proponents tell of amazing results in previously unevangelized people groups, where thousands are coming to faith through local evangelists, all with minimal help or input from traditional cross-cultural missionaries.

I celebrate this move in Christian missions toward indigenous leadership and simple approaches to discipleship that can easily multiply among new believers. It is a welcome change from models that foster unhealthy dependency on foreign workers.

Yet I also have some caution, especially when the emphasis is on speed and numbers. Often the figures quoted seem too good to be true. Were local evangelists pressured to report inflated numbers in order to garner Western monetary support? Is Christian depth sacrificed for the sake of methods that are easy to imitate?

I’m drawn to the picture of multiplication painted by the late Alan Kreider in his book, The Patient Ferment of the Early Church. As Kreider explains, the early church grew not through carefully crafted mission strategies, but through the lived faith of everyday believers. As their countercultural lives sparked questions among seekers, they were prepared to explain the hope they had in Christ (1 Pet. 3:15). Yet seekers were not quickly pushed to say the sinner’s prayer and confirm their spot in heaven. They had to endure a lengthy discipleship process in which, slowly, over time, their lives came to embody the message of Jesus they were taught. Only then were they baptized and integrated fully into the life of the church.

In short, the multiplication of disciples in the early church was about patient trust in God’s work to transform lives. And over time, it worked. Despite persecution, after three hundred years, Christians spanned the Roman Empire and accounted for as much as 10% of the population.

What would happen if we multiplied disciples by investing in just a few seekers in our circles of influence? What if we started at home or in our own neighborhoods?

I’m banking on that approach in my own life. The first sphere of discipling-making is with my own children. We pray together. We read Scripture. We talk about God’s work in our lives. We celebrate our triumphs and admit our mistakes. Little by little, my children are embracing life with Jesus. My two daughters were baptized just last year. And one of them now leads a Bible study with her school friends.

The next sphere of disciple-making is my neighborhood. We pray regularly for each household on our block. We know and help our neighbors, and they help us. We also share the reason for our hope in Christ when authentic opportunities arise. Just last week, a neighbor told my wife Laura about some surprising life changes he observed in a family member who has become a Christian. This gave her the chance to share how following Jesus impacts our lives. We pray the conversation will continue.

Multiplying disciples is patient work, like working yeast through a batch of dough. But if we persevere, God’s kingdom will emerge, like fresh bread from the oven, ready to share.

Filed in: Editorial, From the President, Transforming