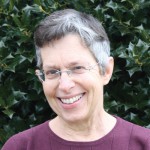 By Carol Tobin
All photos by Mark & Sarah Schoenhals

Where the Mark and Sarah Schoenhals family serve in the Isaan region of Thailand, seeds of a multiplying church planted over 20 years ago are beginning to sprout. 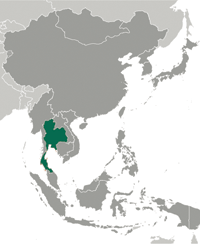 Throughout the long, dry months when the only rain that can be expected in Northeast Thailand is the gentle sprinkling of the “mango rain,” there is always at least one bulging 50-kilo burlap bag sitting in the corner of the Isaan farmer’s roughhewn stilt house.

It is the rice that will be used for seed. Though it couldn’t possibly look more unremarkable, in it is a staggering capacity for multiplication. It is acre upon acre of luscious green rising out of paddy mud, the most tangible picture of abundance that most of these farmers ever get to experience.

Like these seed bags, our beginnings in Isaan 20 years ago looked quite unremarkable. As a church planting team, we held to a few simple core principles, one of which was to do only what was reproducible. Though we were planting seeds (our DNA), we didn’t really stop to consider the joy we would have in seeing the actual multiplication. 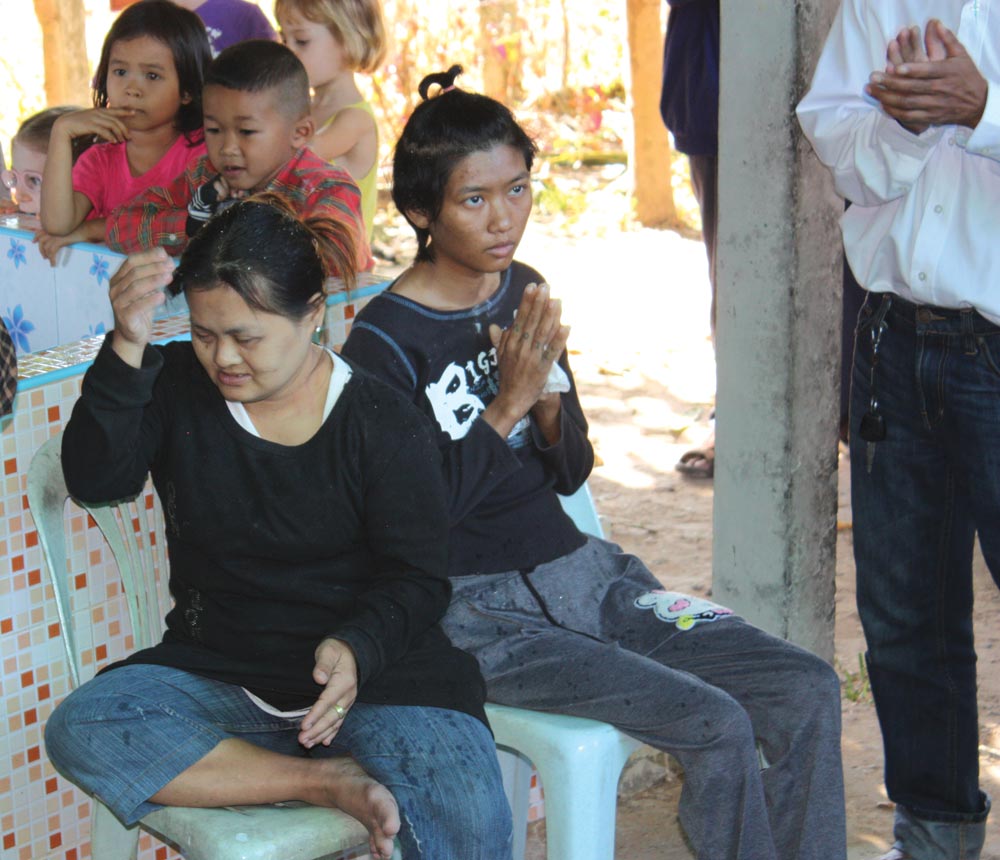 Ying (with praying hands) at her baptism in December.

In those early years, Thailand was being ravaged by AIDS. Misinformation abounded and people were scared. Under the tutelage of our own vision statement, we started to do the smallest, most reproducible thing possible. Skip simply began meeting with the “Sunflower Group,” a poorly funded and understaffed initiative at the local hospital aimed at giving AIDS patients a place to connect and combat misinformation. And, most importantly, he invited a local disciple to come with him.

A seed was planted. Over time, there was a core group of church folks volunteering their time befriending these AIDS patients. Rather than seeing themselves as victims of economic oppression, these poor farmers discovered that they had much to give. 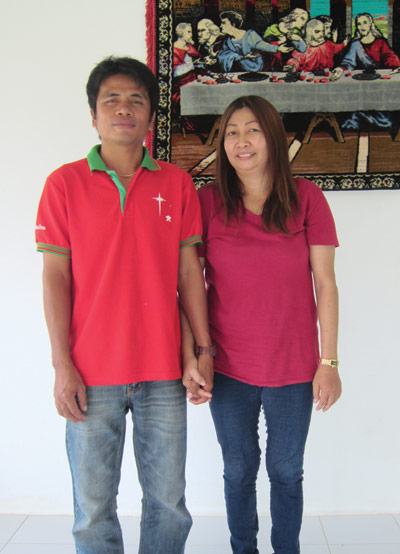 Yutapong and his wife Dukata minister to AIDS patients and their families with hope and an invitation to connect.

As the years went on, AIDS work became the hottest concern in the world of non-governmental organizations. We mused, “It would be so easy to acquire funding for a project; the present volunteers could become paid staff.” We consulted the church council – all of them uneducated local people who had been discipled and were making disciples within their own village and family networks.

They came back with an emphatic “No.” Their reason? “We want the initiative to lie within the church; don’t rob us of the blessing of giving and growing this ourselves.”

Fast forward to our recent visit when we were quickly immersed into an unfolding story that began through the ministry of Yutapong and his wife Dukata. Befriended and discipled by the Sunflower Group volunteers when they were desperately ill and hopeless themselves, they have become faithful leaders of their own village group.

This past year, Dukata met a hardened young woman at the hospital who initially resisted her overtures of care. Her receptivity increased as her health declined. As Mark and Sarah Schoenhals tell the story, Dukata and Yutapong began to visit the family, and the young woman opened her heart to Jesus. When she was baptized at this past Christmas celebration, she was too weak to climb into the cement water tank, but her joy was evident! In early February she died—blind and broken in body, but with a vision of being dressed in white, welcomed by the Lord, living in her heart.

Funerals are of supreme concern to Thai people. They are seen as a final verdict of either shame or honor. For this family, the shame was already intense, beyond fixing. The church folks went to talk with the family who remarkably agreed to release the proceedings to them, in line with their daughter’s request. 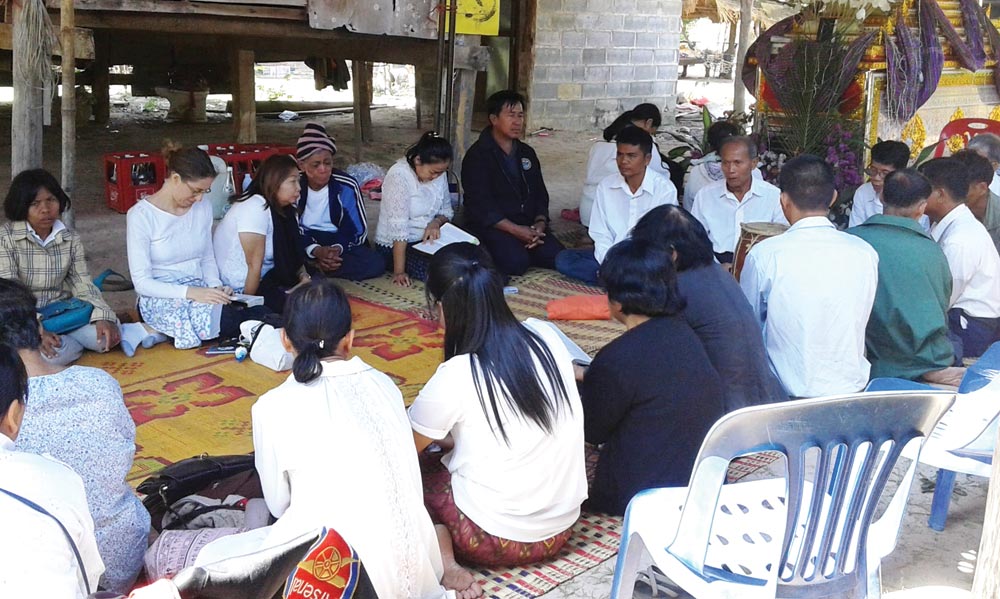 The church made clear the condition that there be none of the gambling and alcohol that are the typical way to circumvent the fear of being in proximity to a dead body. They prepared the body for the cremation over which they would officiate at the local temple.

Yutapong bought a beautiful white shirt; the women did her make up. Beauty and dignity were restored. Villagers began to gather and then trickle away, certain that with no alcohol or gambling involved, the family would be left alone at this critical time, a final blow of shame. 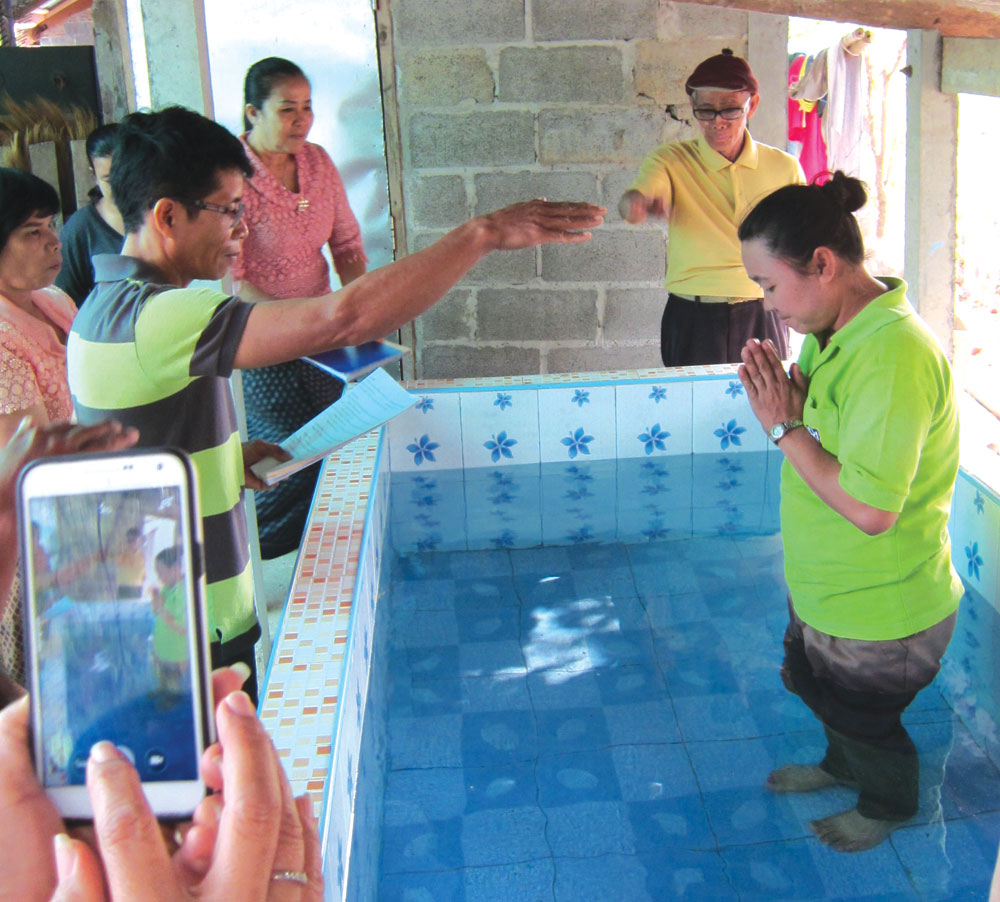 Mother Mon is baptized by Pastor Joi (at left) in late March, less than two months after her daughter Ying’s funeral. 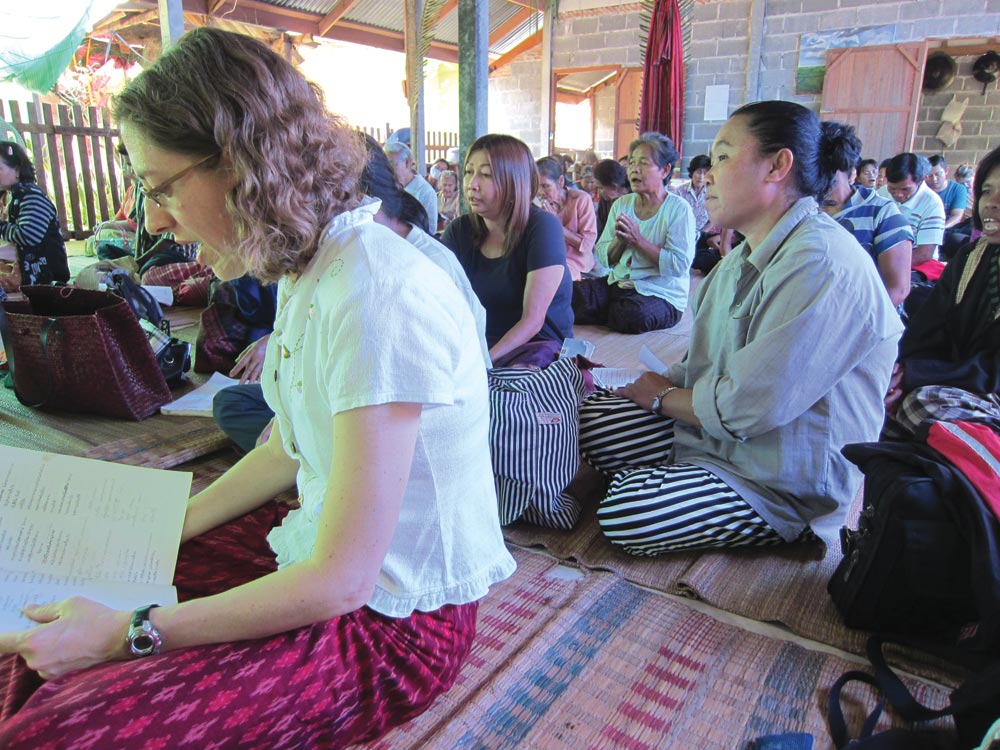 But then the Christians started showing up. During the two-day event, folks came in force, traveling for miles, with food and joy and good news to share. Some stayed overnight, sleeping on the ground, with nothing to keep them warm. The villagers were amazed and curious. An uncle said, “Based on what I have seen, I’m in, and I’m telling others, too.”

Afterwards, the day we showed up for our visit, the church folks were giddy with sleep deprivation and the joy of having lived—as a body—into their Kingdom identity. They hilariously reviewed how some had sung, some had preached and some had snored—but together they knew and we knew that we were looking at a beautiful harvest coming from the smallest, humblest, weakest of beginnings. Multiplication! 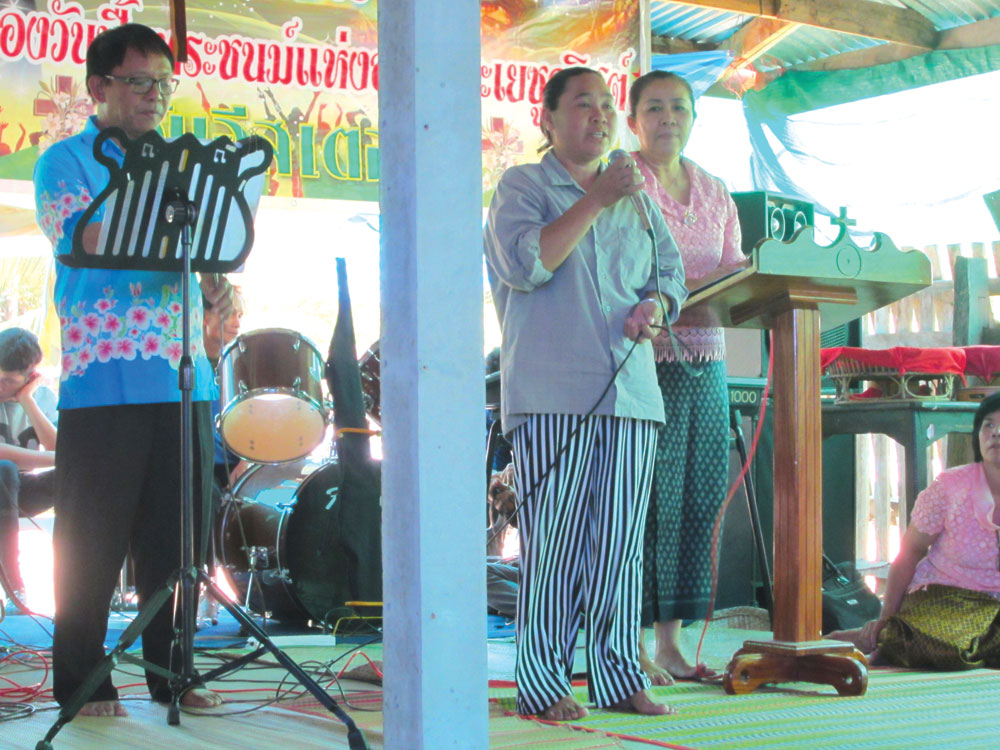 Mother Mon, following her baptism, shares her testimony about coming to faith through her daughter’s death.