Take me to the waters: God’s Love Flows in Colotlan, Mexico

The week of July 20-28, Manantial de Vida (MDV), a Harrisonburg District congregation conducted a missions trip to Colotlan, Mexico. This was a mission geared toward reaching children of all ages in a high crime, drug cartel-riddled geographic area. MDV sent four missionaries to minister hope and God’s love to Casa del Padre (The Father’s House). MDV fully translated into Spanish the MennoMedia’s Vacation Bible School curriculum for 2012 titled, Take me to the Waters: God’s Love Flows.

Approximately 45-50 children attended the daily events. Most of these children come from poor homes where the single mother could be one that is rescued from prostitution by this ministry.

Casa del Padre, like the first century church in the book of Acts, meets for fellowship in the comfortable and hospitable home of the Rosales family.

Casa del Padre was founded by the Rosales family. This couple migrated from Colotlan, Mexico to Harrisonburg more than 30 years ago. The Rosales became born-again Christians as a result of the Christ-love testimony they received. Betty and Aaron King were neighbors to the Rosales at that time and they witnessed to them by leading a life of love, acceptance, and hospitality. Presently, four of the Rosales’ adult children and their families are committed and active members at MDV.

Manantial de Vida is committed to supporting Casa del Padre by providing orientation, resources, discipleship, and spiritual and prayer covering to the Rosales family as church planters in a location plagued by drug-war violence. As a result of fervent prayer, we believe that Colotlan is entering a new season. 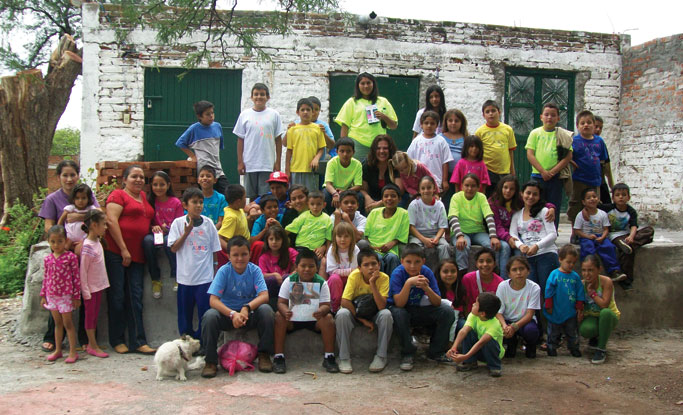