What God Sees For Central Asia

What does it feel like to stand on the brink of that for-such-a-time-as-this moment in one’s life? Em shares how for years she and Jay have been propelled toward a future that will emerge because God loves the people of Central Asia.

By Carol Tobin, as shared by Em and Jay (names changed)

Our story has been unfolding over decades. From the time we were children, we were both exposed to and engaged with a world of missional opportunities; our families prompted us to gaze far beyond the borders of our comfortable communities.

We met at Eastern Mennonite University; our first class together was Anthropology and Christian Mission. Our degrees and inclination toward teaching made it easy for us to picture ourselves teaching at an international school somewhere. But, first things first: after we married, Jay took a pastorate and I focused on beginning our family. We didn’t know much. Serving overseas—wasn’t that what missionaries did?

Jay’s first exposure to Joshua Project materials at an Eastern Mennonite Missions board meeting he attended lit a flame within him. I remember him coming home, excitedly declaring to me that he knew exactly where God wanted us to go. We were to work with a group of people living in the “10-40 window,” that broad swath of the globe barely touched by gospel presence—hundreds of people groups, millions of people caught behind language, cultural and/or governmental barriers. Our second child was one. This was not something I was going to step into quickly! 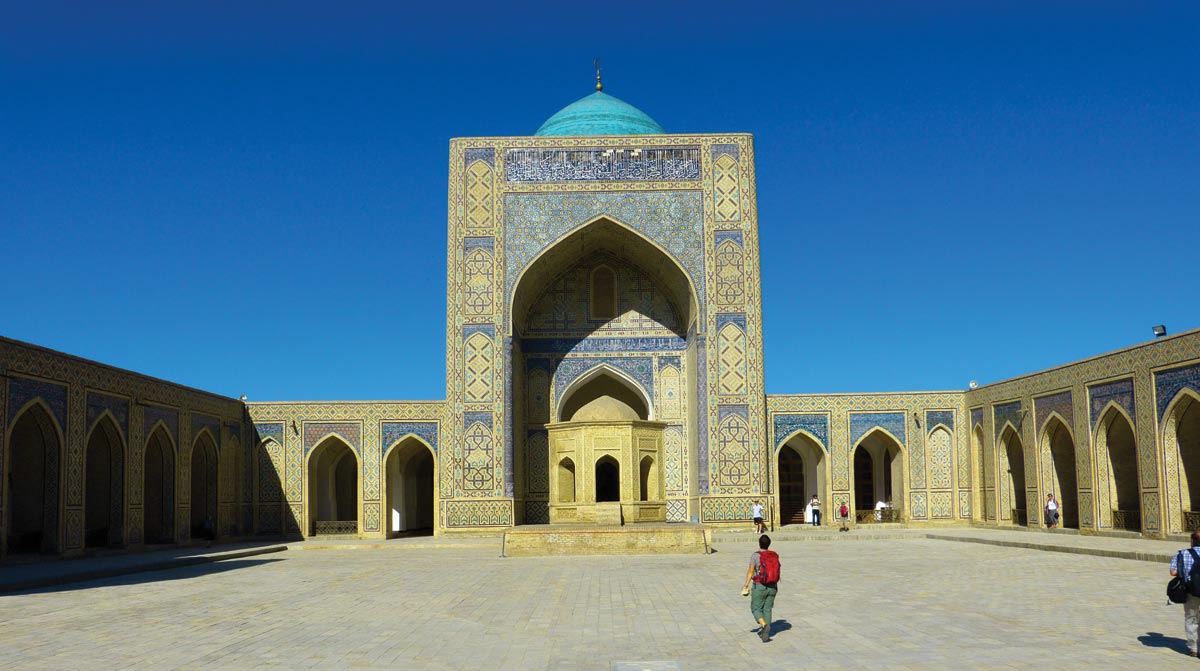 Mosques like this one reflect how Islam is deeply embedded within Central Asian culture. Stock photo by PxHere.

We needed an invitation, and by the time the invitation came several years later, I was ready to think about something other than raising babies. A young family serving in Central Asia invited us to join their team. They were looking for people with a teaching background who had children the same age as theirs. We were ready to say yes. We assumed we were walking into the fulfillment of all of our hopes and dreams. Finally, we would be exactly where God wanted us to be. But, within six months, our teammates’ visas were denied, and we were all forced to shift gears.

Having begun to invest in language study and wanting to hold onto the hope of working with this specific group of Central Asian people, we moved to another country in Central Asia where there was a minority percentage of these people living. Because Jay had minored in business administration, he was able to secure a job at a university teaching international business. The father of one of his students was keen for us to move to his village 45 minutes away from the city. This invitation put us in a position for everything that would come next. God knew how much we needed such an invitation!

This man’s certainty that we would be a blessing in his community paved the way for overwhelming expressions of hospitality. In the course of our first month in the village, 14 evenings were spent enjoying meals in the homes of 14 different neighbors. Even as introverts, something was blossoming within us as we soaked up the warmth of people who lived with a rich understanding of extended family and community relationships. Their deep desire to honor God made them seem tantalizingly close to receiving the revelation of Jesus. Yet they had an equally deeply ingrained conviction that Christians had it “wrong.” As we formed friendships, we fervently prayed that that mindset could be dismantled. Would God give us “bridge people,” who like Cornelius, would be a conduit for the gospel into whole new cultural networks?

Our deep desire was to have ways of being a blessing within our new community. There were many requests for me to teach English on the side. Instead, Jay came up with a business plan for a language school. Then for a software company. As time went on, these businesses did remarkably well. Given our stable business visas, we were able to invite other expats to team up with us in these ventures. Working together with local colleagues, sharing leadership, focusing on empowerment, as well as actively participating in community life combined to create a rich context for gospel witness and discipleship. Our aim was to provide a model for what it would look like for local people to live as followers of Jesus. 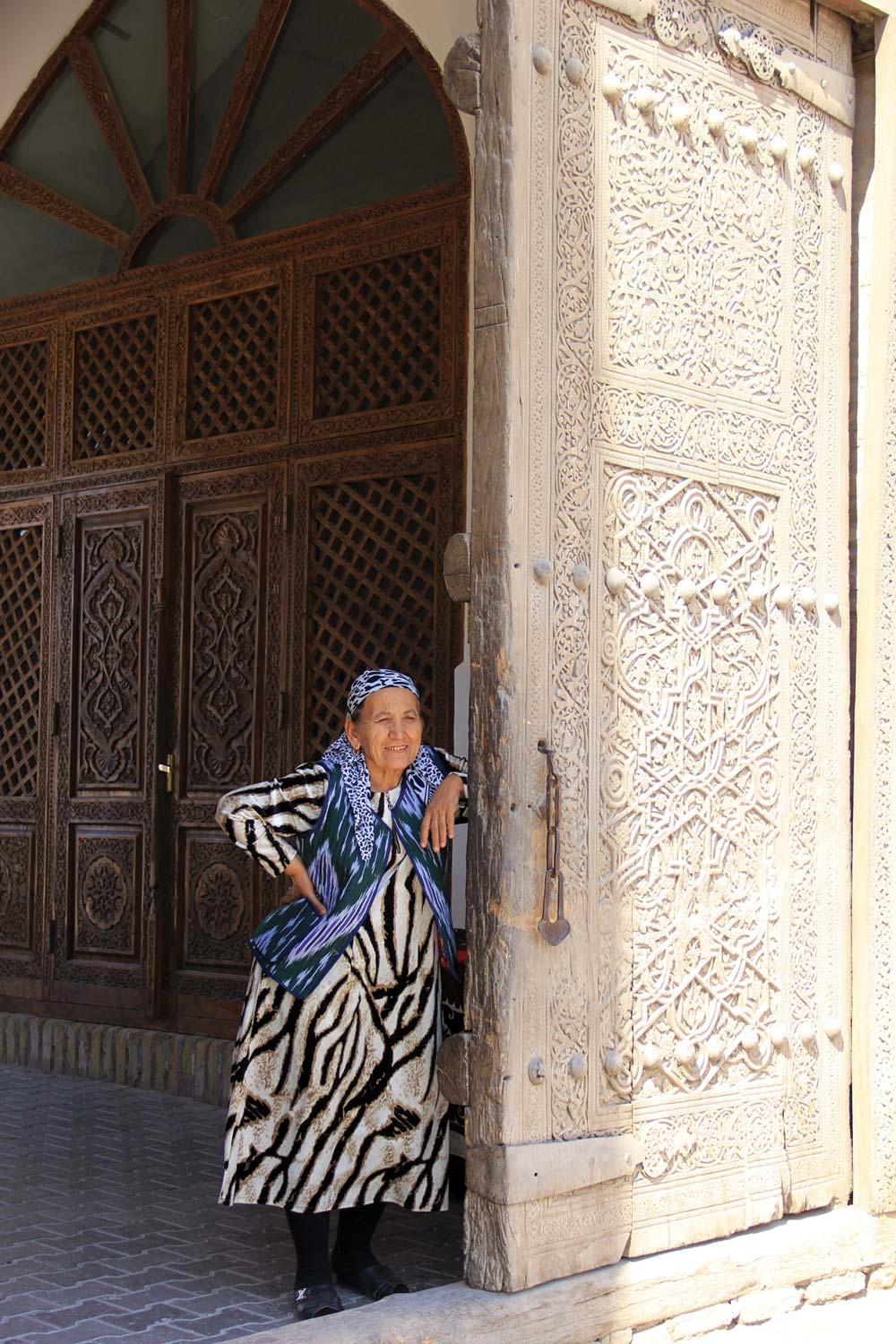 Central Asia is in the 10-40 window, an area of the globe which is home to the greatest concentration of people groups with little or no access to the gospel. Stock photo by PxHere.

We noticed that neither we nor the friends who were meeting Jesus were viewed with suspicion. This stood in contrast with how workers who seemed to lack a legitimate reason to be present were viewed. “Who are they? Where do they get their money? How can they just sit around and drink tea?” Worse still was the backlash meted out on converts who were supported in ministry by non-local Christian NGOs (non-governmental organizations). But as business people, we were valued and contributing members of the community. The people being influenced toward faith in Jesus were well-integrated and well-respected; they were not prone to be ostracized for their faith.

During this time, we honed our leadership, business and teaching skills by pursuing more education. But after seven years of vital connection in this location, a transition needed to happen. The rigors of village life, the cold winters, and the lack of peers and educational opportunities for our children were taking their toll. Our children needed more than what could be provided.

God opened the door for us to move to a major urban center which met the needs of our family and allowed for ongoing access to and oversight of the businesses in Central Asia. We stepped into significant leadership roles in a large international school and found ourselves networking with a newly expanded set of like-minded ministry partners. During these years the desire to be living again in Central Asia stayed with us.

Finally, changes in government meant that the door toward the West that had been closed throughout the many years of our loving this people group was finally opening to businesses and professionals. Our connections positioned us well to consider establishing an English medium school in the region. However, while exploring that option, we found ourselves being called upon as consultants for others who shared similar hopes. As a result of our shift of focus to consulting, we are supporting not just one but four schools with Christian leaders.

So, this is the direction in which we have moved. We have a registry in Central Asia for a consulting business. God has given us favor in Central Asia along with a plethora of relationships all over the globe. In three or four years, our vision is that we will see 40-50 persons welcomed into Central Asia as engineers, teachers, and computer programmers. Our particular passion is to mobilize young workers, especially from the Global South. Those who lack professional training can be encouraged to earn degrees at universities in Central Asia. We are already working with interns from the Philippines, Columbia, Brazil, Cuba and India. This wave of workers will result in a wave of relationships built within real life work contexts. These relationships will serve as seeds for new churches in new places.

And we are praying that in 20 years, we will see locally-led congregations that are not dependent on funds from outside sources as is the case presently, and an emerging church that is a natural part of the community—productive, well-integrated, and self-sustainable.

We sense that we are on the brink of a breakthrough that God wants to bring to this region. For me there is exhilaration edged with nervous anticipation. For Jay there is vigorous and contagious confidence, a beautiful sense of clarity as to what we are to be doing. And how about you? Are you too being called to use the professional skills God has given you for God’s missional purposes, at such a time as this?

Jay and Em (names changed) are Associated Workers with VMMissions preparing to relocate to Central Asia later this year.