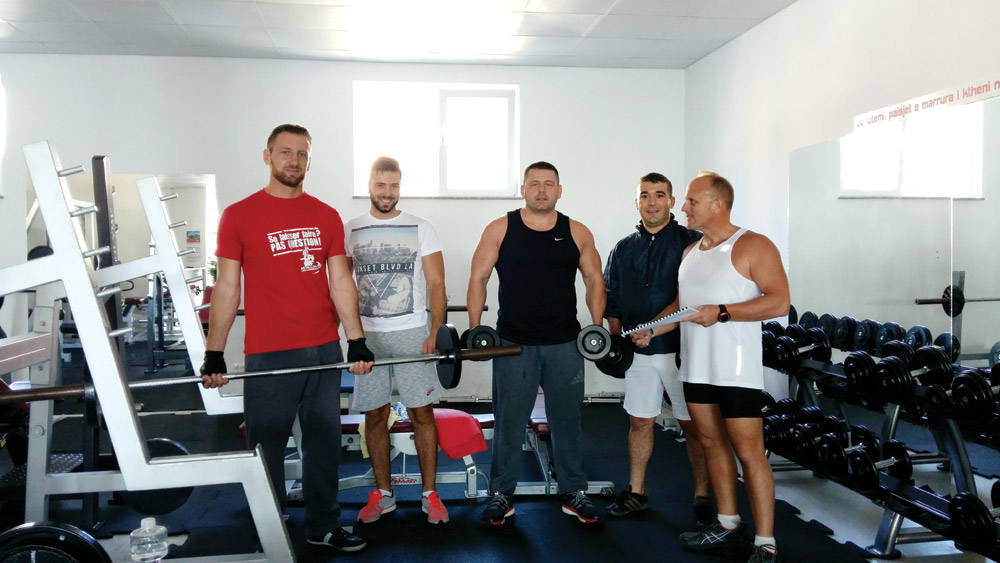 (From left) Granit, Bledor, Bek, Valdet and author Vince at the fitness center. Vince is holding his training schedule. Photo courtesy of author

Living in an under-reached nation, with no church in their community, Vince and LaVonne Ramella and their children seek to embody the gospel in their daily lives as a picture of church where it is not yet present.

Church. What is it? Where is it? When is it? Who is it? For the majority of us hearing these questions, a prompt picture or answer might come to mind. But what if you are considering this outside of the comfort of your community, and attempting to insert some of those same answers into a different setting?

Within the Muslim population of Istog, Kosovo, clarity toward some answers to these questions can only come when we let go of what we’ve always known, controlled and expected, and let the Spirit’s will be the true guide and definition setter.

When I am considering how to reach out to those I live among, there is rarely any concern toward initiation; as long as engaging others is culturally appropriate, so many of those we live among are eager to have a connection with us – simply because we are American.

Yet, I have come to recognize that this desire for connection is often with the hopes that some of my happiness and or peace might just “rub off” with the connection. Within the throes of the information age, so much of the media’s projected picture of the US is often misleading, creating false hope and expectations.

So as I live where there is currently no church that meets the needs of this community’s people, I have been called to be an extension of what I have previously known church to be. “Church” may simply occur on the fly, in and around common or routine actions, and more often than not, have no pre-set schedule in my calendar.

A recent experience truly shows how the Spirit can lead through an opportunity, and make the most of a common circumstance. 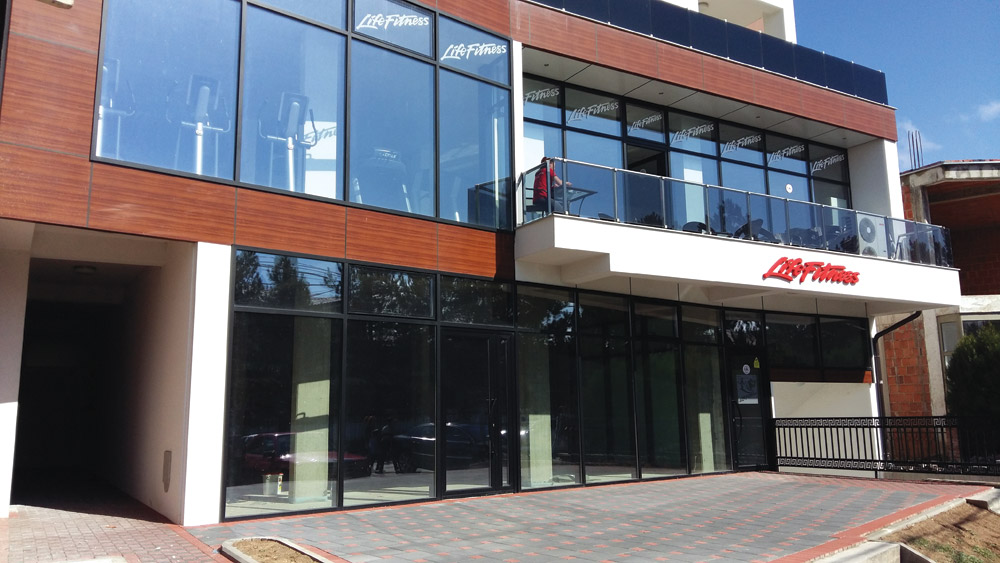 The new fitness center in Vince’s village, where he has recently started training. Photo courtesy of author

Recently, I have been attending a new fitness center in our village. As typical of many gyms, there are members of various fitness levels, but the one common denominator is that all those present have a purpose, and have financially prioritized their time to be there. This has helped me to overcome the potential for complacency which so often squelches any attempts to venture beyond the mundane.

One of the differences I have recognized between the others and me in training is that I have a set of notes containing my schedule, routines and progress – an invaluable tool for tracking my goals. Others there have noticed this difference as well.

There have been a number of occasions where I have been asked, “What is that?” My initial response was that it was a training schedule, but that answer only prompted another, “What’s that?” It was at this point that perhaps the first glimmers of church began.

I said, “Well, it’s like a map. Have you ever been to Hungary? No? And if you wanted to go to someone’s house there for a visit, it might be wise to use a map, yes?”

The response which followed not only let me know that he understood the comparison, but that a connection was made. It was the kind of connection you might hope for within a church setting. His response included two questions, with a sparkle of strong interest in his eyes.

This brief encounter has allowed me to be able to work out alongside some of the other guys, interjecting pillars of nutrition, leadership, and goal setting with potential dreams of discipleship in the future. 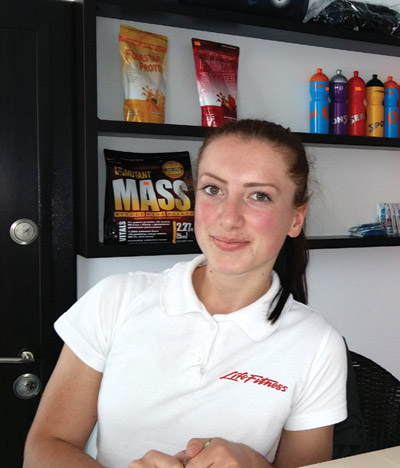 Egzone, a trainer at the gym. She changed the gym’s playlist at Vince’s request. Photo courtesy of author

Another aspect of this non-traditional church experience has been taking a small step toward worship. Many establishments here in Kosovo play music, and on constant rotation. However, the music selection is often American rap with highly explicit lyrics.

When I tried to share how offensive some of the lyrics are, I was told, “Nobody knows what it means anyway.” But my question in response really made some headway.

“If you don’t know the nutritional makeup of some food you eat, does your desire to eat healthily no longer matter?”

The music was immediately changed.

With the help of my oldest son Sid, the next day I took a selection of Christian hip-hop music from our collection. I shared that this music has a positive impact toward strength and energy. Could we try it?

After the first day’s trial, it was requested that the music be left for the second shift as well. Among some of the guys I’m working with, they have really liked my choice, and now any time I enter the gym, I can regularly hear Christian hip-hop blasting over the sound system.

Is this “church?” It might not be what I’ve previously known or been comfortable with, but I’d certainly say it’s the seed of the Spirit being sown.