Coworkers for the kingdom 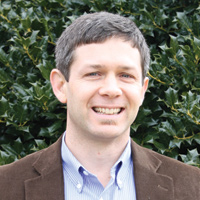 Our culture idolizes heroes. Hollywood tells story after story with the message, we need heroes to solve the world’s problems.

Right now my little boys are fixated on Superman, Spider-Man and Batman—a curious thing, since they’ve never seen them on the big screen. But somehow they’ve caught our culture’s love of heroes. Who doesn’t wish they could save the world with superpowers?

The church often longs for heroes, too. We want spiritual giants whose gifts and charisma loom larger than life. Who will be the next Billy Graham? The next Dietrich Bonhoeffer? The next Mother Theresa? The next Martin Luther King, Jr.?

I also long for those kinds of leaders in our midst, people who can convey Christ’s heart for the lost and oppressed and rally the church to Spirit-led action. And there’s a good chance God is busy raising up those heroes right now, though maybe not where we as Westerners would expect. Perhaps the next spiritual giant is a newborn baby in Indonesia. Or a little boy playing in the streets in Guatemala. Or a young woman just finishing high school in Ethiopia.

Even so, I’d like to suggest that heroes are not the primary way God brings about transformation in the world. Time and again we see in Scripture that God calls ordinary people to do extraordinary things. And God usually calls them in community rather than one by one. Abraham and Sarah. Moses and his siblings, Aaron and Miriam. The twelve disciples. Paul and Barnabas.

In fact, it was Paul who wrote the following words to a Corinthian church fixated on heroes: “Just as a body, though one, has many parts, but all its many parts form one body, so it is with Christ. … Now you are the body of Christ, and each one of you is a part of it” (1 Cor. 12:12, 27, emphasis mine).

That’s why we’ve identified collaboration as one of our guiding principles in mission. We need the help of the global body of Christ to be faithful witnesses in the world.

Collaboration is our posture in mission. God intends the church to be an interdependent community of justice, joy and peace. On the cross, Jesus put to death our hostility toward God and one another, making reconciliation possible. As a result, we gladly partner with churches and ministries from the global body of Christ. Together, we call, equip, send and support believers from diverse backgrounds to offer their gifts in the work of God’s kingdom.

Collaboration across cultures may not be glamorous or lightning quick like a superhero. It can be messy and time-consuming. But it is faithful to God’s future, as John’s vision foretells: “After this I looked, and there before me was a great multitude that no one could count, from every nation, tribe, people and language, standing before the throne and before the Lamb. … And they cried out in a loud voice: ‘Salvation belongs to our God…’” (Rev. 7:9-10).

Let’s join hands in working for that future kingdom now.