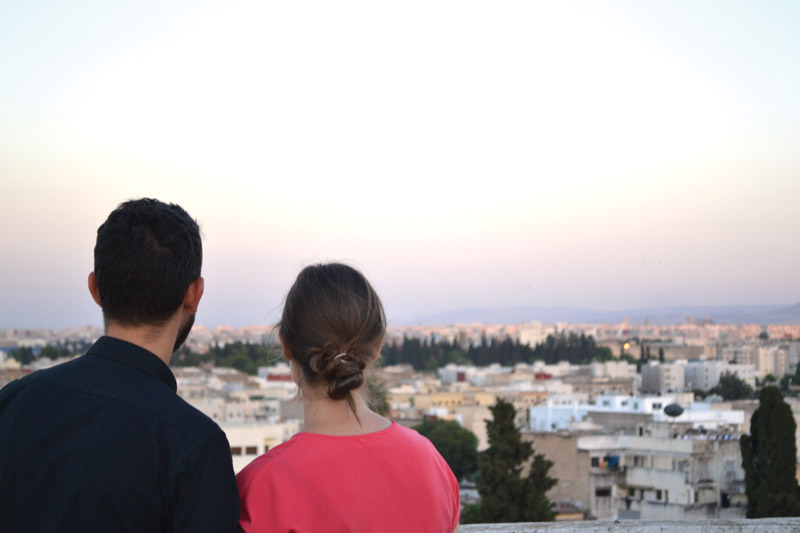 In the North African context where Raleigh and Opal* and their two children serve among Muslims seeking to overcome their debt to God, they are finding open doors. 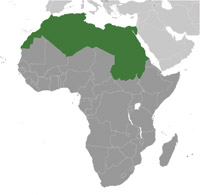 We live near a gated community, of sorts. The first time we walked past its medieval-type turrets, sun-baked stucco walls, and arched gateways we were intrigued. We wanted to explore but someone told us the crumbling fort was where the poor lived. Walking through would actually be trespassing in their homes.

At the entrance men with food carts prepare for a day of selling oranges or snails; others sort trash and recyclables. A modest mosque takes up one small corner of the complex.

As we live in this land, stories of loneliness surround us like old, earthen castle towers. Women sometimes practice henna rituals trying to appease demons. One friend tells us that only 10% of men here are ‘good’ and only 30% of women. He is a young man hoping for a wife but uncertain when he, with his middle class upbringing and fabulous education, will be able to afford the new house full of new things he must have in order to marry. He also wonders where that partner is who will care about more than just glitzy material security and will want to really share a meaningful life with him.

Another friend shares story after story of men cheating on their families, young women making desperate calls to any man who will pick up his phone, people swayed again and again by wealth to desert their families and their belief in God, family members controlled by demons of fear. People fast from water and food through the year’s hottest months trying to draw close to God, trying to pay the debt they owe to God (in fact, the word for ‘religion’ is the same word used for ‘debt’).

Everywhere people are talking about God! We hear the name of God praised multiple times a day across the neighborhoods of the city. Our language tutor is stunned that people somewhere would actually believe there is no God. The young men Raleigh meets always start their friendships with him by asking if he is a Muslim, by asking what he believes about God. Daily we hear ‘God’s peace be with you,’ ‘God give you help,’ ‘Thanks be to God’ in the ordinary greetings of neighbors. But multiple times a week we are reminded that a great poverty hangs over our friends. Even with belief in God, the debt remains. 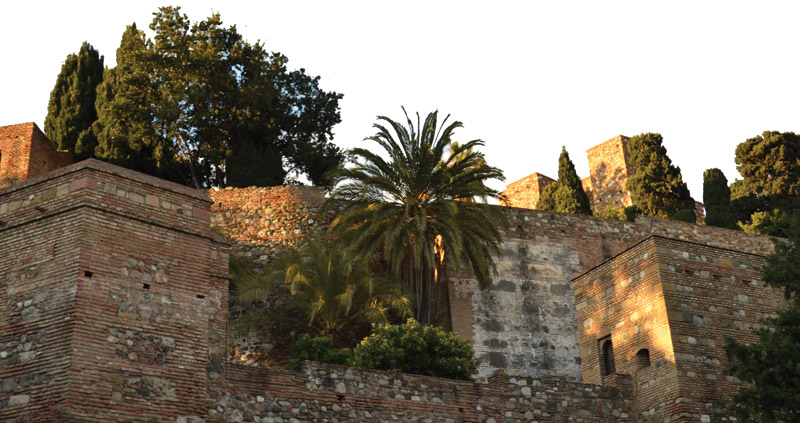 But let us return to the fortress community near our house. At one side, along a crumbling, dusty wall, under faded arches, among what appears to be a mass of overgrown grasses, are three simple stone steps leading up and over a bank and under a few scraggly trees. As we pass through the rough opening, we suddenly find ourselves in a greenhouse! A thin, white-haired man with gentlemanly manners kindly greets us as we stand amazed at dirt paths winding through what appears to be hundreds of varieties of trees, herbs, flowers, and bushes.

The universal smell of soil and sunshine fills the quiet green space. We learn later that we have stumbled into one of the more famous greenhouses in the city, known for its plants, terra-cotta pots, and soil. What a surprise! This humble spot, cultivated so carefully, shared so lovingly, is full of life inside the walls of the crumbling fortress. 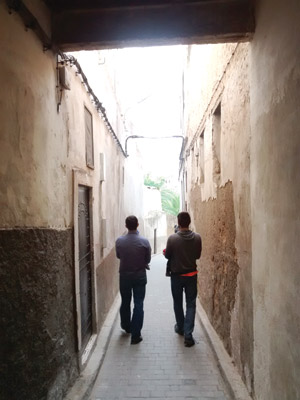 As strange as it seems, I, too, have breathed in new life in this land. My hope in Jesus has become much bolder. Hidden behind the cultural restraints on women, the prescribed prayers, the inherited greetings full of God’s name, the sadness of carrying such a debt before God, I have found a green space. Jesus offers new life! Maybe like a basil plant. The delicate stem offers a power and life that will transform those who live nearby and share in its goodness.

We see this life at work as young men meet with Raleigh for hours, literally leaning on his knee to get close enough to share ideas in Arabic and English and hear about how Jesus transforms the way we look at violence, even violence threatened against one’s own family. They also ask deep questions about marriage and observe our great acceptance and love for a differently-abled child.

Another friend wants us to share stories about Jesus, then casually asks for a New Testament in her language. One day we are discussing Jesus’ words about how sinful acts begin in our hearts (Matthew 5) and she takes the text, begins reading it, asking questions of comprehension, and can’t stop reading when the relevant passage is finished!

Like Lydia in Acts 16, we sense she is a ‘worshiper of God.’ Our prayer for our friends, for our millions of neighbors, is that ‘The Lord would open their hearts to pay attention to what was said…’ (v.14).