Posted on November 18, 2013 by VMMissions Staff 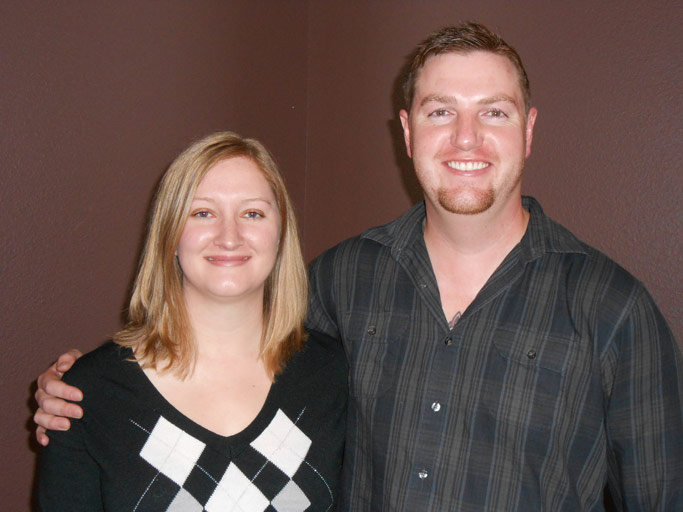 People often tell my wife and me that our story is incredible. From our perspective, however, our tale is simply what it looks like to come face-to-face with the Gospel. It is characterized by Jesus’ words recorded in Mark 1:15: Repent and believe.

I was an atheist from a broken home who responded to Jesus out of a place of ideological conviction. Jeanette was influenced by her Catholic upbringing, but was not truly introduced to Jesus in an intimate way until she met me—some six months after my conversion.

Despite the differences, the common themes of repent and believe characterize both our conversions and lives: we each had an encounter with Christ through the Gospel; we each experienced a drastic shift in worldview; we each repented and sought what it meant to be a follower of Jesus, a disciple. Repent. Believe.

I left high school as a new believer, with little guidance, little theological background, and little foresight regarding the future. With little else lying on the horizon—and in the wake of September 11th—I joined the Marine Corps. Neither Jeanette nor I saw a conflict with the notion of being both a Christian and a Marine; God and Country is, after all, as American as apple pie.

So, in 2005 she left for college and I left for the Corps. We married in 2006, and though Jeanette moved to California to be with me, we saw precious little of each other over the next three years.

From 2007 to 2009, I participated in three overseas deployments: I served as a Detachment Commander, a convoy machine gunner in Iraq, and a pirate hunter in Africa and off the coast of Somalia (as documented in the recent motion picture, Captain Philips).

Those years were both painful and formative for both of us. I can say with honesty that I would not like to relive that time, but I do not regret my decisions. During my deployments, I began to study Scripture with a greater fervor and as I read, unease began to steal into my soul. Jesus taught to “love your enemies and pray for those who persecute you.” How could I reconcile that with my actions?

Once again, Jesus turned my world upside down. Once again, I found the need to repent and believe, to take Jesus’ words at face value and follow. I shared my new convictions with Jeanette, along with my desire to leave the service and pursue ministry. She was thrilled—she had come to loathe war. She too wanted to follow in the steps of the Prince of Peace. Repent. Believe.

When we left the service, our beliefs were Anabaptist—though we didn’t know it at the time. We found ourselves alienated from the larger evangelical church. Though we moved back home with the intention of going into ministry, there was no place for us. We felt, however, a deep conviction that we had been called to be disciple-makers and so we would not be deterred.

By ourselves and with our own funds, we began to plant Christian communities among the working poor of Denver. For the past three years, my wife and I have worked with addicts, alcoholics, prostitutes, the homeless, and scores of children. We have been privileged to witness the transformative power of the Gospel in action.

A little over a year ago, two very important things happened: first, we began to sense a call to live out our missional vision in Thailand. At about the same time, we found the church home of Peace Mennonite Community Church.

In the course of being mentored by Pastor Tim Davis, who had connections in Virginia, God opened up connections with VMM—where, surprisingly enough, first steps to establish a new work in Bangkok were already being taken. God had called us to a new frontier!

Instead of pursuing ministry in the safety and familiarity of Aurora, Colorado, we will venture faithfully forward into the streets of Bangkok, knowing that the Prince of Peace has more work for us yet. Jesus has turned our world on its head and the only appropriate response is to once again repent and believe.

Adam and Jeanette Strode have been approved for a joint appointment through VMM and Mennonite Mission Network for a three-year assignment in Thailand. Pending adequate funding, they will depart for Thailand in Feb/March 2014.